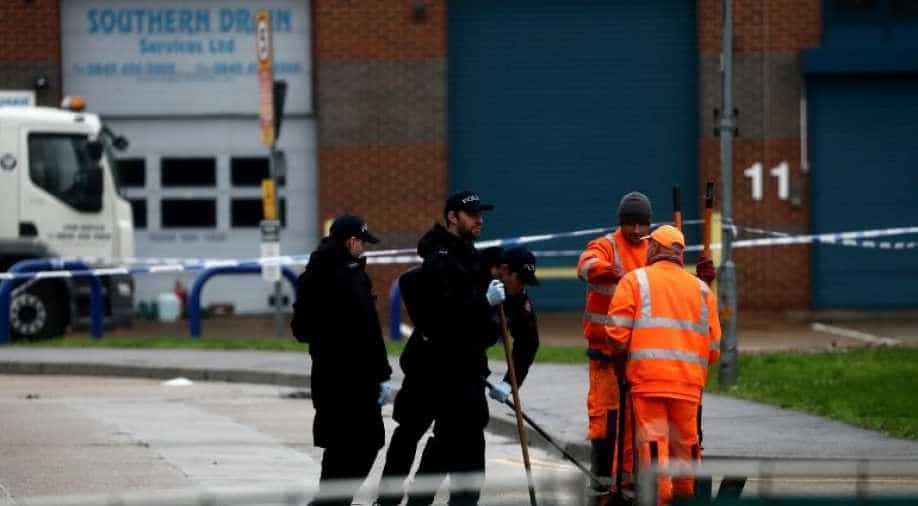 Most of the victims are thought to come from central Vietnam, where easy-to-find brokers help to arrange trips to Europe -- often via Russia -- for migrants hoping to earn money overseas.

Vietnam said Saturday that it "strongly condemns" human trafficking, after British police confirmed 39 people found dead in a truck last week are believed to be Vietnamese.

Most of the victims are thought to come from central Vietnam, where easy-to-find brokers help to arrange trips to Europe -- often via Russia -- for migrants hoping to earn money overseas.

The extreme risks of the journeys were laid bare after eight women and 31 men were found dead in a refrigerated container in Essex, east of London, on October 23.

Vietnam said Saturday it "strongly condemns human trafficking and considers it a serious crime," according to a statement from foreign ministry spokeswoman Le Thi Thu Hang.

She called the incident a "serious humanitarian tragedy", urging help to tackle the scourge of trafficking.

"Vietnam calls upon countries in the region and around the world to step up cooperation in combating human trafficking in order to prevent the recurrence of such tragedy," she added.

Officials are now working to identify the victims after DNA samples were collected from families in Ha Tinh and Nghe An provinces in central Vietnam.

"I think my son could be among the 39 dead," Nguyen Dinh Gia told AFP Saturday from Ha Tinh province where he has been anxiously waiting for news about his child Nguyen Dinh Luong.

The grim case has shocked Britain and plunged families in remote Vietnamese villages into grief.

It has also cast a light on sophisticated transnational trafficking networks helping to smuggle migrants into Britain.

The 25-year-old Northern Irish driver of the refrigerated lorry has been charged with manslaughter, money laundering and conspiracy to assist unlawful immigration.

In Dublin, another Northern Irishman appeared at Ireland's High Court for the start of extradition proceedings to bring him to Britain in connection with the incident.

British police have also said they want to speak to Ronan and Christopher Hughes, two brothers in the haulage business from Northern Ireland.