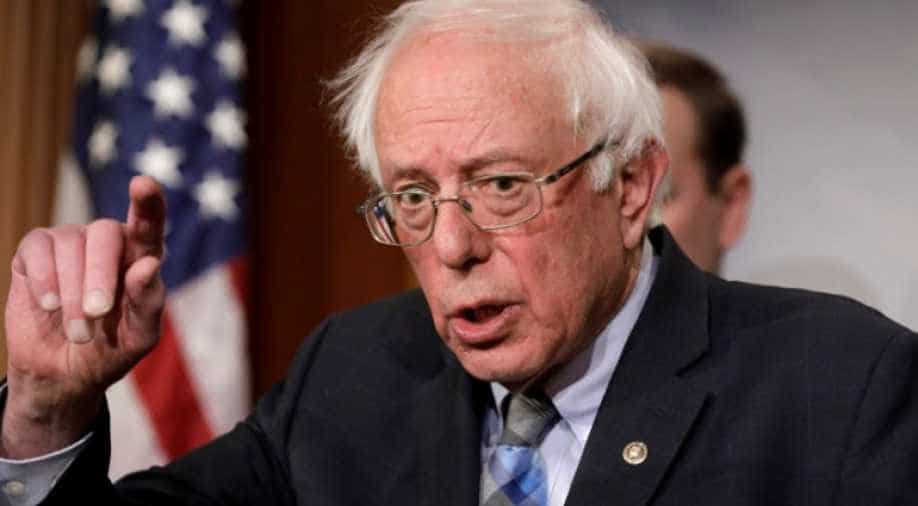 The self-styled democratic socialist, who represents the state of Vermont as an independent, is set to compete in the Democratic Party primaries.

United States Senator Bernie Sanders on Tuesday announced his candidacy for the 2020 elections to the nation's presidency.

The self-styled democratic socialist, who represents the state of Vermont as an independent, is set to compete in the Democratic Party primaries and said he would run a grassroots campaign that re-addresses some of the major issues he focused on in his unsuccessful 2016 bid, such as Medicare-For-All, raising the minimum wage and tackling problems like climate change and wealth inequality.

"Make no mistake about it, the powerful special interests in this country have unbelievable power and they want to maintain the status quo," the 77-year-old senator, who has been credited with revitalizing the often-neglected left wing of the Democratic Party, said.

"They have unlimited amounts of money to spend on campaigns and lobbying and have a huge influence over the media and political parties," Sanders added.

"The only way we will win this election and create a government and an economy that works for all is with a grassroots movement the likes of which has never been seen in American history," he said. "They may have the money and the power; we have the people."

He pulled no punches when describing the incumbent president, Donald Trump, whom he called a "pathological liar, a fraud, a racist, a sexist, a xenophobe."

Other Democrats, such as the former mayor of San Antonio (Texas) and ex-secretary of housing and urban development, Julián Castro; the current mayor of South Bend (Indiana), Pete Buttigieg, or US Representatives Tulsi Gabbard (Hawaii-02) and John Delaney (Maryland-06), have also declared their candidacies in the race to the White House.

Sanders lost the Democratic primaries in 2016 to Hillary Clinton, who in turn was unable to defeat Trump in the election despite winning the popular vote by almost three million ballots.

His candidacy had been widely anticipated by a segment of the party's more progressive base and by other independent organizations such as the Democratic Socialists of America.