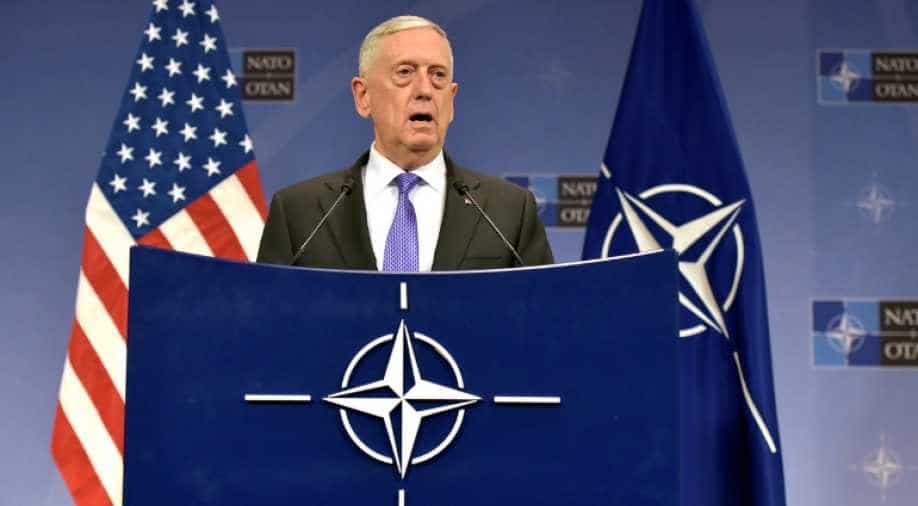 Mattis said on Thursday he would quit after falling out withTrump over the latter's foreign policies, including the surprise decision to pull troops out of Syria and plans for a drawdown in Afghanistan.

Key allies of Washington expressed concern on Friday about the resignation of US Defence Secretary Jim Mattis and the policies of President Donald Trump that prompted it, praising Mattis as a committed partner.

Mattis said on Thursday he would quit after falling out withTrump over the latter's foreign policies, including the surprise decision to pull troops out of Syria and plans for a drawdown in Afghanistan.

"Secretary Mattis has made a key contribution to keeping NATO strong and ready to deal with the significant security challenges we face," NATO spokeswoman Oana Lungescu said. "He is widely respected as a soldier and a diplomat."

Mattis has been seen in Europe as firmly committed to the North Atlantic Treaty Organisation (NATO) military alliance, unlike his ex-boss.

Trump has warned European allies the United States could withdraw its support unless they boost defence spending.

"We are grateful for the iron-clad commitment of the United States to NATO. US leadership keeps our transatlantic alliance strong," Lungescu said.

Former Belgian Prime Minister Guy Verhofstadt, head of the liberals in the European Parliament, said the resignation only made it more urgent for the European Union to push on with its plans to bolster its own defence capabilities.

"Mattis checked President Trump's worst instincts & was a strong supporter of NATO & multilateralism. His departure is bad news & makes it look like (Russian President Vladimir) Putin’s plan is being delivered on," Verhofstadt said on Twitter.

The region includes strong US allies Japan, South Korea and Australia and has some of the world's most volatile flashpoints, with high tension on the Korean peninsula and China's militarisation of the South China Sea causing friction.

The resignation also surprised Kabul, where the retired Marine had been seen as a guarantor of US engagement. Afghan officials reacted with unease to plans to withdraw more than 5,000 of the 14,000 US troops in the country.

After being tipped off by White House sources and diplomats, French President Emmanuel Macron called Trump on Tuesday to warn him against the Syria decision, a French official said.

"He told him: Be careful, we think that would be a bit too early'," the official said.

Macron has often been cast as the one leader who had some influence on Trump, with a good personal and working relationship.

French Defence Minister Florence Parly said Trump's decision to pull troops out of Syria in the belief that Islamic State (ISIS) had been defeated was "extremely grave".

"We do not share the analyses that the territorial caliphate has been annihilated," Parly said on RTL radio. "It's an extremely grave decision and we think ... the job must be finished."

"Because the United States has such a prominent role and responsibility in the global security architecture, it is important for everyone to quickly get clarity about succession and the future course," she said in a statement.