US asks Turkey to not conduct research in Greece's waters 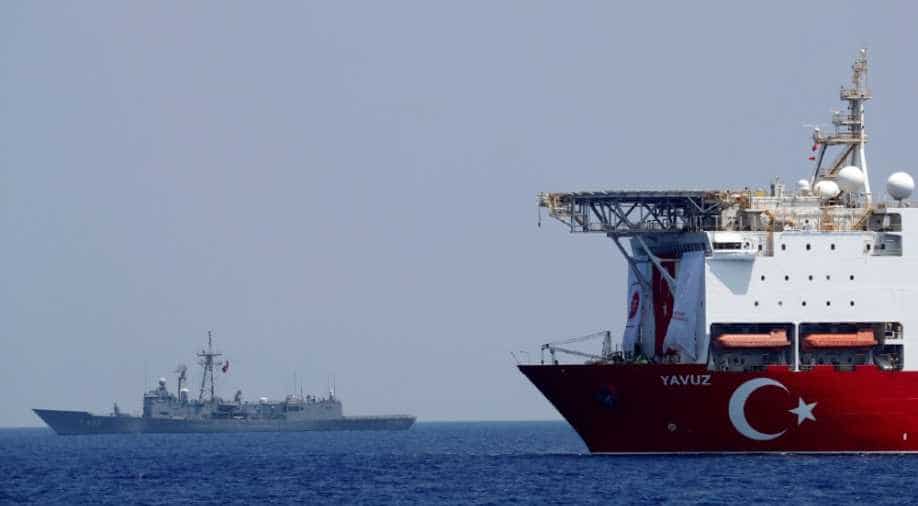 "The United States is aware that Turkey has issued a NAVTEX for research in disputed waters in the Eastern Mediterranean," the spokesperson said on Tuesday.

The United States has called on Turkey to halt its plans to conduct seismic research in Greece's territorial waters and avoid steps that escalate tensions in the Eastern Mediterranean, a US Department of State spokesperson told Sputnik.

"The United States is aware that Turkey has issued a NAVTEX for research in disputed waters in the Eastern Mediterranean," the spokesperson said on Tuesday.

"We urge Turkish authorities to halt any plans for operations and to avoid steps that raise tensions in the region."

NAVTEX is the acronym for navigational telex (navigational text messages). It is a device used on-board vessels to provide short range Maritime Safety Information in coastal waters. The Turkish Oruc Reis vessel is expected to conduct a seismic survey south and east of the Greek island of Kastellorizo from July 21 to August 2.

Meanwhile, the Greek military said they have observed increased activity at Turkey's southern Aksaz naval base as 15 vessels have reportedly left the facility. The Greek military officials said the armed forces have been placed on alert.

Earlier in the day, the Greek Foreign Ministry had expressed protest over Turkey's actions in Greek waters, having appealed to the European Union, NATO and the United Nations.