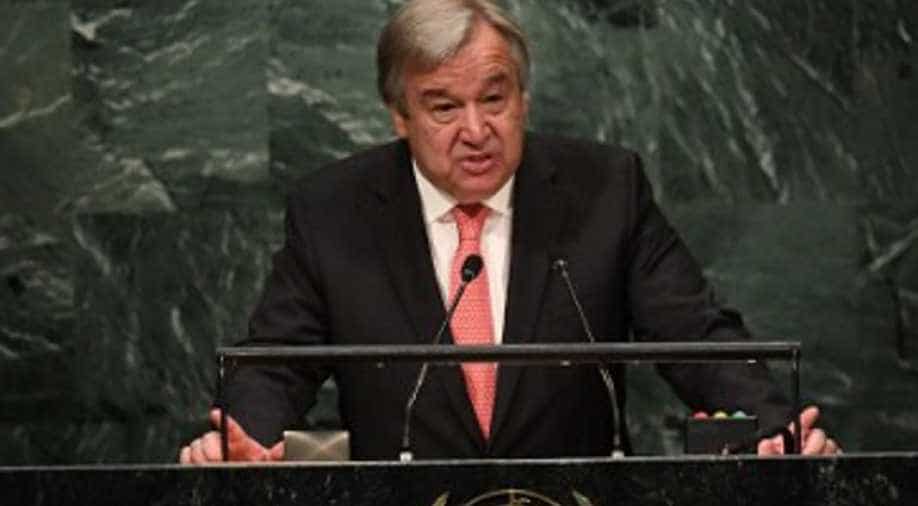 Guterres is a former Portuguese prime minister and UN refugee chief who began his five-year term on Sunday. Photograph:( AFP )

Newly appointed United Nations Secretary-General Antonio Guterres spoke with US President-elect Donald Trump on Wednesday, and the two had "a very positive discussion on US-UN relations," said a UN spokesman, a week after Trump slammed the world body on Twitter.

Guterres, a former Portuguese prime minister and UN refugee chief who began his five-year term on Sunday, spoke by phone with Trump, who will take office on January 20, said UN spokesman Farhan Haq.

"This was an introductory phone call during which they had a very positive discussion on US-UN relations. The secretary-general said that he looked forward to engaging with the president after his inauguration," Haq told reporters.

Trump took to Twitter to disparage the 193-member world body after the United States abstained in a December 23 UN Security Council vote, allowing the adoption of a resolution demanding an end to settlement building by US ally Israel.

Trump, who had called on the outgoing Obama administration to veto the resolution, warned that "things will be different" at the United Nations after he takes office, without offering any details.

He followed up with another tweet on December 26: "The United Nations has such great potential but right now it is just a club for people to get together, talk and have a good time. So sad!"

Guterres responded in an interview with Snapchat on Tuesday: "President-elect Trump also said the UN has an enormous potential. That`s exactly what I feel. My job is to make sure that potential becomes a reality."

In an address to UN staff in New York on Tuesday, Guterres acknowledged that in some parts of the world there was a resistance and scepticism about the role of the United Nations.

Trump spokesman Sean Spicer said on Wednesday that the president-elect would work with Rex Tillerson, his secretary of state nominee, and Nikki Haley, his choice for US ambassador to the United Nations, to "demand some reform and change." Both Tillerson and Haley must be confirmed by the US Senate before taking office.

The United States is the largest contributor to the United Nations, paying 22 percent of the $5.4 billion core UN budget and 28 percent of the $7.9 billion UN peacekeeping budget. Following passage of the UN resolution on Israeli settlements, a top US senator threatened to work to cut US funding.

"This gives Guterres a reason for going big on reform quickly," said a senior UN diplomat, speaking on condition of anonymity. "He needs to make sure he is reforming the UN fast enough and radically enough in order to engage the incoming US administration."