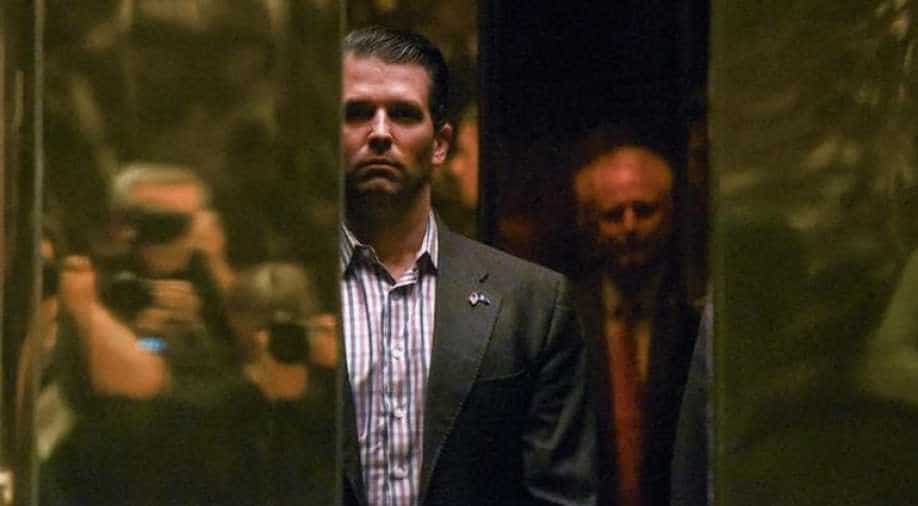 The president's son reportedly knew a meeting was part of a Russian plot to help his father get elected, then went anyway

Donald Trump Jr was told prior to meeting a Russian lawyer whom he believed had information damaging to Hillary Clinton that the material was part of a Russian government effort to help his father's presidential campaign, The New York Times reported on Monday.

The report cited three people with knowledge of the email.

Publicist and former tabloid writer Rob Goldstone, who helped broker the June 2016 meeting, sent the email to President Donald Trump's eldest son, the Times said. Goldstone's message indicates that the Russian government was the source of the potentially damaging information, according to the Times.

The Times had earlier reported that the meeting between Trump Jr and a Kremlin-linked lawyer took place, but the new information is that Trump Jr attended the meeting despite supposedly knowing that the meeting was part of a Russian government plot to interfere in the US election to get his father elected.

The Times report specifies that there was nothing to link the promised damaging information to the government computer hacking of the Democratic National Committee which led to the release of Clinton's emails.

In a statement released Sunday, Donald Trump Jr admitted he was interested in meeting the Russian lawyer with the intent of getting damaging information on Hillary Clinton, but did not specify that he knew the source of the information was part of a Russian plot to interfere in the US election on behalf of his father.

Vladimir Putin denies any meddling in the US election.

Multiple US intelligence agencies have concluded that Russia interfered with the US election with the specific intent to get Trump elected, and there are multiple ongoing investigations into whether or not Trump or anyone on his campaign team actively worked with the Russians.

The meeting between Don Jr, Jared Kushner, Paul Manafort and the Kremlin-linked lawyer Natalia Veselnitskaya was on June 9, and less than a week later it was widely reported that Russian hackers penetrated the DNC's servers.

How long did it take your staff of 823 people to think that up--and where are your 33,000 emails that you deleted? https://t.co/gECLNtQizQ

This was two days after securing the Republican nominee for president.

Here is a video of Trump Jr last summer, after the meeting with the lawyer who he knew was promising damaging information on Democratic rival Hillary Clinton as part of a Russian government plot, denying any connection with Russia.

NYT: Don Jr was told before mtg that Clinton dirt was part of Russian govt effort to aid Trump