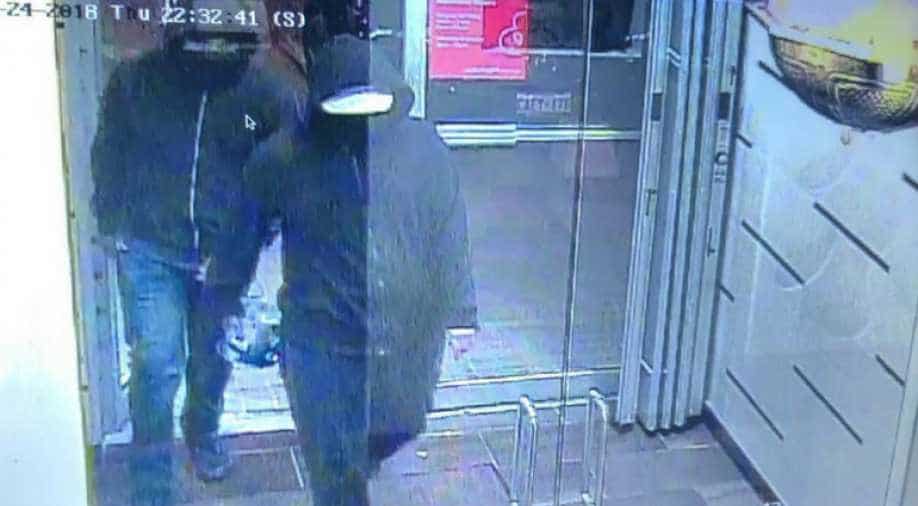 External Affair Minister Sushma Swaraj on Friday tweeted an emergency number and said ''Our missions will work round the clock'' following a blase in Indian restaurant Bombay Bhel in Mississauga, Ontario, Canada.

''There is a blast in Indian restaurant Bombay Bhel in Mississauga, Ontario, Canada. I am in constant touch with our Consul General in Toronto and Indian High Commissioner in Canada. Our missions will work round the clock. The Emergency number is  : +1-647-668-4108. Please RT,'' she tweeted.

Over a dozen people suffered injuries in an explosion on Friday which occurred in an Indian restaurant in Mississauga city in the Ontario province.

Hours after two unidentified men walked into an Indian restaurant on Thursday causing an explosion in Mississauga, Canada, The Peel regional police released a CCTV footage from the restaurant.

The photograph posted on Twitter shows two people with dark zip-up hoodies walking into an establishment with one of them appearing to be carrying an object.

The blast occurred in the Bombay Bhel restaurant and has left 15 people injured. Three of them are in critical condition.

The two unidentified men walked into a restaurant and sett off a bomb which went off at around 10:30 pm.

Both of them immediately fled the scene after the incident.

No one has claimed the responsibility for the attack by now.

The Plaza area around the restaurant has been sealed, police have confirmed.