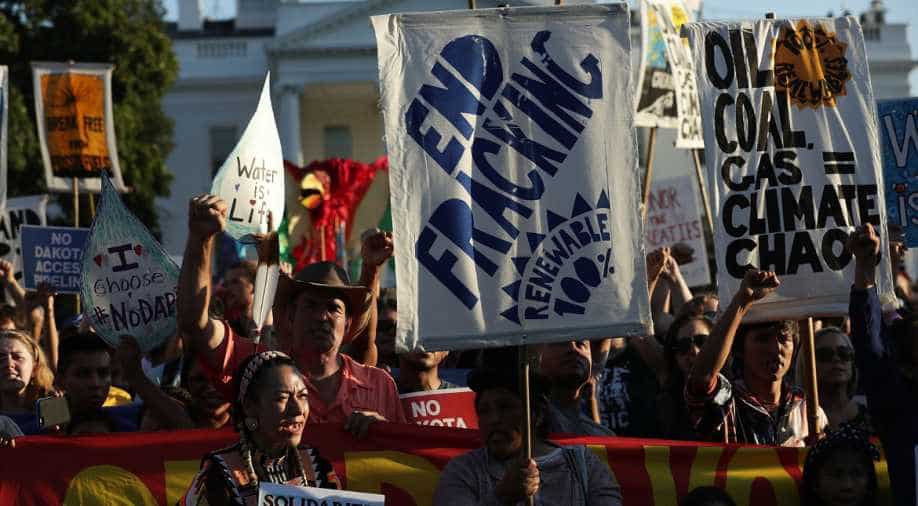 Activists gather in front of the White House during a rally against the Dakota Access Pipeline September 13, 2016 in Washington, DC. Photograph:( Getty )

The former spokesperson for the Red Warrior Camp, Cody Hall, was quoted as saying that elders were worried that some of the camp members' messages were becoming increasingly violent, and they questioned whether or not they were concerned for the safety of all the protesters opposing the Dakota Access Pipeline.

Hall, while saying that he does not speak for the group, believes the Red Warrior Camp is still present at the camp. Also, he insists that the Tribal Council only wanted to remove the specific segment responsible for the agitation, and that he doesn't think they wanted the entire camp gone.

On the #NoDAPL Solidarity website, the Red Warrior Camp is termed as "established in partnership with the Sacred Stone Camp to help guide the nonviolent direct action resistance to the Dakota Access Pipeline."

The popular movement against the Dakota Access Pipeline has grown, and includes high-profile Americans celebrities and politicians like Democratic presidential nominee Bernie Sanders.

It is time for a new approach to the Native American people, not to run a pipeline through their land. #NoDAPL pic.twitter.com/DoqoBDW7Rx