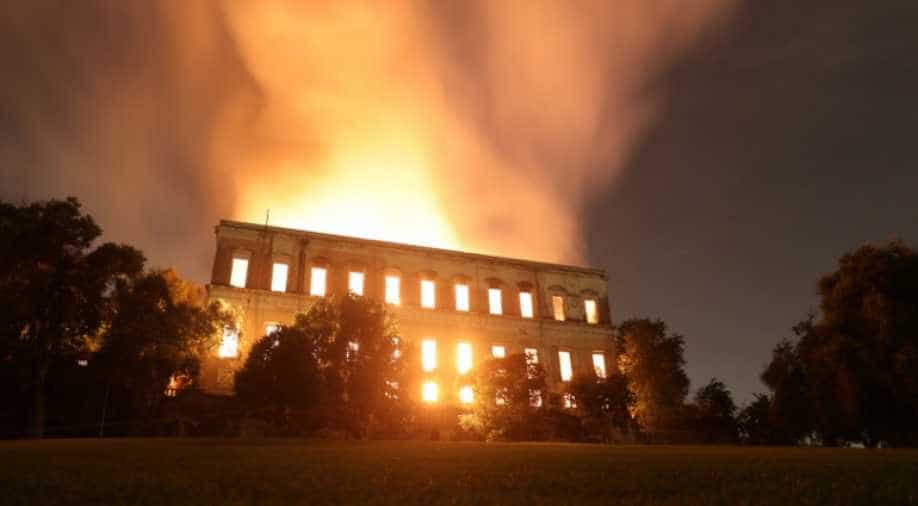 Luzia was the star of a collection of 20 million items in the 200-year-old building that also contained Egyptian artifacts, archeological finds and historical memorabilia.

The skull of Luzia, the oldest known human fossil in the Americas, was found by researchers combing through debris at Brazil's National Museum, which burned down in September, the Museum said on Friday.

The skull, though damaged, was protected by a cabinet that fell over the glass box it was encased in, the museum's deputy director Cristiana Serejo said. "Good news, a miracle, after this tragedy," she said.

Luzia was the star of a collection of 20 million items in the 200-year-old building that also contained Egyptian artifacts, archeological finds and historical memorabilia.

A fire last month destroyed the vast majority of the collection and triggered an outcry about how Brazil's cultural institutions have deteriorated during an era of a weak economy and deep austerity measures.

Discovered in 1975, in the central Brazilian state of Minas Gerais, Luzia was probably 25 when she died, according to the museum's website.

The Museum, which was originally the residence of Portugal's royal family in Brazil, will be closed for repairs that should last three years and cost 350 million reais, Museum director Alexander Kellner said.

The museum fire fed the anger many Brazilians feel about the government's austerity measures. The museum's directors have accused the federal government of years of insufficient funding for one of Latin America's most important historical repositories.

Brazil's federal government has accused Rio's federal university of failing to pass on money to the museum.

In a press conference, Dyogo Oliveira, the president of the state-run development bank BNDES, announced a 25 million reais ($6.03 million) plan to fund fire prevention mechanisms at national monuments across the country.