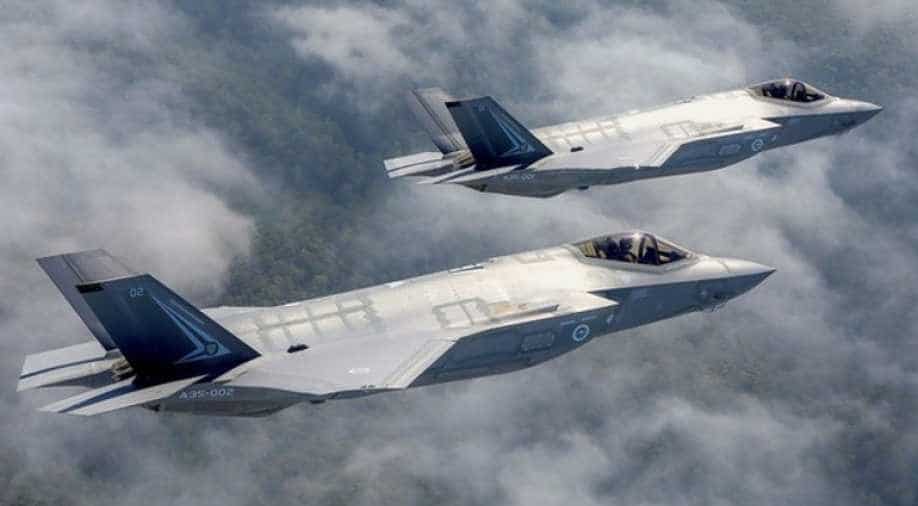 A defence subcontractor was compromised in July last year but the national cybersecurity agency, the Australian Signals Directorate, only became aware of the breach in November. Photograph:( Reuters )

Some 30GB of "sensitive data" subjected to restricted access under the US government's International Traffic in Arms Regulations rules were stolen, ASD's Mitchell Clarke told a security conference Wednesday according to ZDNet.

Clarke, who worked on the case and did not name the subcontractor, said information about the F-35, the US' latest generation of fighter jets, as well as the P8, an advanced submarine hunter and surveillance craft, were lifted.

Another document was a wireframe diagram of one of the Australian Navy's new ships, where a viewer could "zoom in down to the captain's chair".

The hackers used a tool called "China Chopper" which according to security experts is widely used by Chinese actors, and had gained access via an internet-facing server, he said.

In other parts of the network, the subcontractor also used internet-facing services that still had their default passwords "admin" and "guest".

Those brought in to assess the attack nicknamed the hacker Alf after a character on the popular Australian soap "Home and Away", Clarke said. The three month period where they were unaware of the breach they dubbed "Alf's Mystery Happy Fun Time".

Defence Industry Minister Christopher Pyne told reporters in Adelaide "the information they have breached is commercial".

"It is not classified and it is not dangerous in terms of the military," he said.

Pyne added that Australia was increasingly a target for cybercriminals as it was undertaking a massive Aus$50 billion (US$39 billion) submarine project which he described as the world's largest.

The nation has also committed to buying 72 F-35A aircraft for Aus$17 billion.

He would not comment who might be behind the breach, only stating that the government was spending billions of dollars on cybersecurity.

The revelations came just days after Assistant Minister for Cyber Security Dan Tehan said there were 47,000 cyber incidents in the last 12 months, a 15 percent jump from the previous year.

A key worry was 734 attacks that hit private sector national interest and critical infrastructure providers during the period, Tehan said.