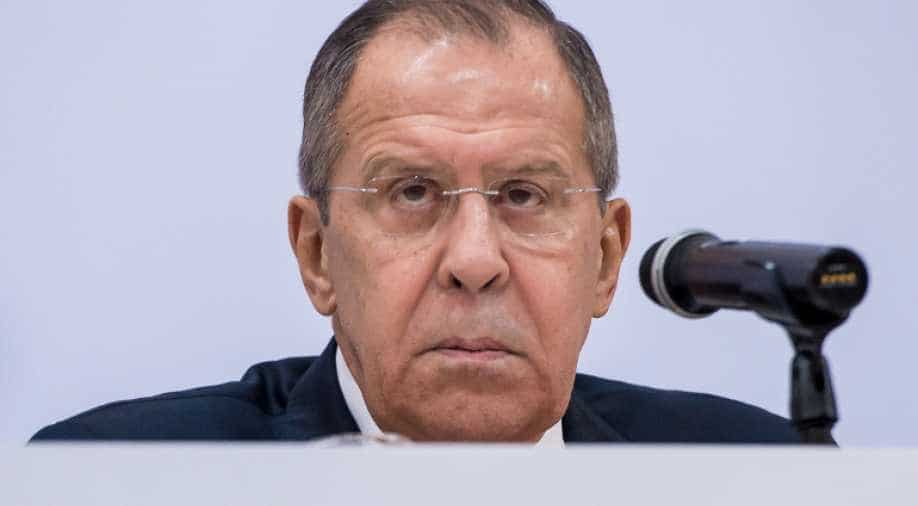 Russia will soon expel British diplomats in retaliation for Britain's decision to kick out 23 Russian envoys over a chemical attack on a former Russian double agent, Foreign Minister Sergei Lavrov said on Thursday.

In London, Foreign Secretary Boris Johnson ratcheted up the rhetoric against Russia, accusing it of glorying in the attack on Sergei Skripal, which he described as a way of scaring anyone who stood up to President Vladimir Putin.

Britain says Russia is responsible for the poisoning with a Soviet-era 'Novichok' nerve agent of Skripal, 66, and his daughter Yulia, 33. They were found unconscious on March 4 in the city of Salisbury in southern England and remain critically ill in hospital.

Moscow denies any involvement. The Kremlin said the British position was irresponsible and not backed up by evidence. It said Britain would not have to wait long for Russia's response.

Lavrov was quoted by the official news agency RIA as saying the accusations were unacceptable and that British diplomats would be expelled.

But in a series of British media interviews early on Thursday, Johnson said the evidence of Russian guilt was "overwhelming" because only Moscow had access to the poison used and a motive for harming Sergei Skripal.

"There is something in the kind of smug, sarcastic response that we're heard from the Russians that to me betokens their fundamental guilt," he told the BBC.

"They want to simultaneously deny it and yet at the same time to glory in it."

Johnson said the attack was a way for Putin to send a message to anyone considering taking a stand against it that 'You do that, you are going to die'.

A former agent of the GRU, Russia's military intelligence agency, Skripal betrayed dozens of Russian agents to Britain before being arrested in Moscow and jailed in 2006. He was freed as part of a spy swap deal in 2010 and took refuge in Britain.

At home, the British government has been under pressure from lawmakers and media to show it is getting tough on Russia, with some experts saying that despite the rhetoric the response did not go far enough to bother Putin.

Johnson defended the measures announced on Wednesday and suggested that there could be further consequences for wealthy Russians with assets in Britain.

"We will go after the money and actually we are going after the money," he said, adding that the National Crime Agency and Economic Crimes Unit were investigating a wide range of individuals. He declined to give details, citing legal reasons.

"What people want to see is some of the very rich people ... whose wealth can be attributed to their relationship with Vladimir Putin, it may be that the law agencies, that the police will be able to put unexplained wealth orders on them, to bring them to justice for their acts of gross corruption," he said.

Johnson also said he had been heartened by strong expressions of support from the United States and other allies -- although it remains unclear whether there will be a coordinated international response to the Novichok attack.

France, which on Wednesday had said it wanted proof of Russian involvement before deciding whether to take action against Russia, appeared to change its position on Thursday, saying it agreed with the assessment of its NATO ally Britain.

"France agrees with the United Kingdom that there is no other plausible explanation (than Russian involvement) and reiterates its solidarity with its ally," President Emmanuel Macron's office said.

U.S. Ambassador to the United Nations Nikki Haley said on Wednesday that Washington believed Moscow was responsible for the attack, adding it was a crime worthy of U.N. Security Council action.

Any effective Security Council action seems highly unlikely, however, given that Russia, like Britain and the United States, is a permanent, veto-wielding member of the body.

Russia has repeatedly said Britain was refusing to provide a sample of the nerve agent used in Salisbury.

Johnson said Britain would send a sample of the nerve agent to the Organisation for the Prevention of Chemical Weapons for them to independently assess it.