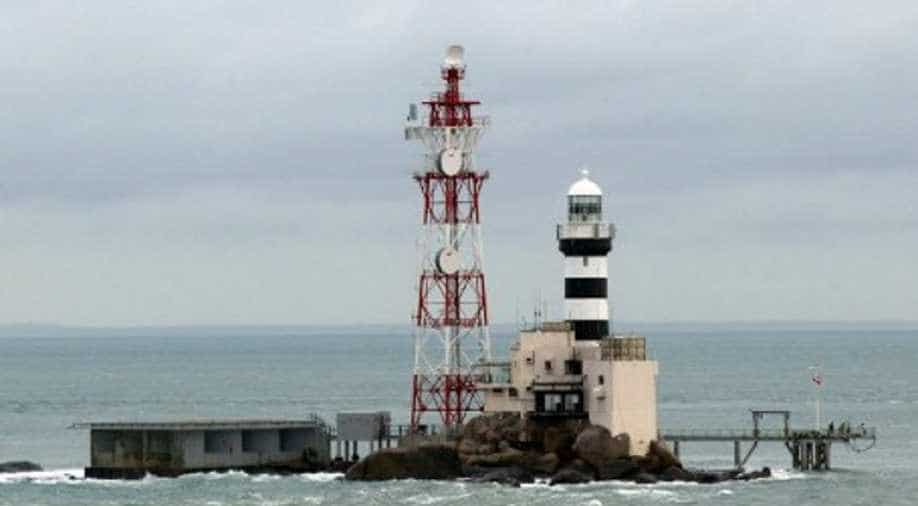 Singapore had operated the Horsburgh Lighthouse on the granite island, whose names mean "white rock" in Malay and Portuguese, for more than 130 years without protest from its neighbour. Photograph:( AFP )

Malaysia on Friday reopened a decades-old dispute with Singapore calling on the UN's top court to overturn a 2008 ruling granting its neighbour sovereignty over a tiny but strategic island.

In a filing to the International Court of Justice, Kuala Lumpur maintained new documents had been discovered in British archives backing its territorial claim to the islet.

For several decades, Malaysia had laid claim to the island it knows as Pulau Batu Puteh, while Singapore, which calls it Pedra Branca, argued sovereignty had passed to it tacitly.

The island is in a strategically important position, 7.7 nautical miles (14 kilometres) off Johor on the eastern approach to the Singapore Strait from the South China Sea.

Singapore had operated the Horsburgh Lighthouse on the granite island, whose names mean "white rock" in Malay and Portuguese, for more than 130 years without protest from its neighbour.

But in a new map of its maritime boundaries drawn up in 1980, Kuala Lumpur claimed the islet as its own.

After years of negotiations failed, the parties turned to the tribunal in The Hague, which in 2008 ruled the island belonged to Singapore.

But in its filing Friday, Malaysia asked the court to revise that judgement based on the discovery of three documents in the British national archives between August last year and the end of January.

They included internal correspondence from the Singapore colonial authorities in 1958, a British naval incident report from 1958 and a map from the 1960s.

Kuala Lumpur maintained these documents showed that "officials at the highest levels in the British colonial and Singaporean administration appreciated that Pedra Branca/Pulau Batu Puteh did not form part of Singapore`s sovereign territory," the ICJ said in a statement.

Under the court's rules, states can ask for a judgement to be revised if new facts come to light within 10 years of the first ruling.
The ICJ will now have to decide whether the case can proceed.