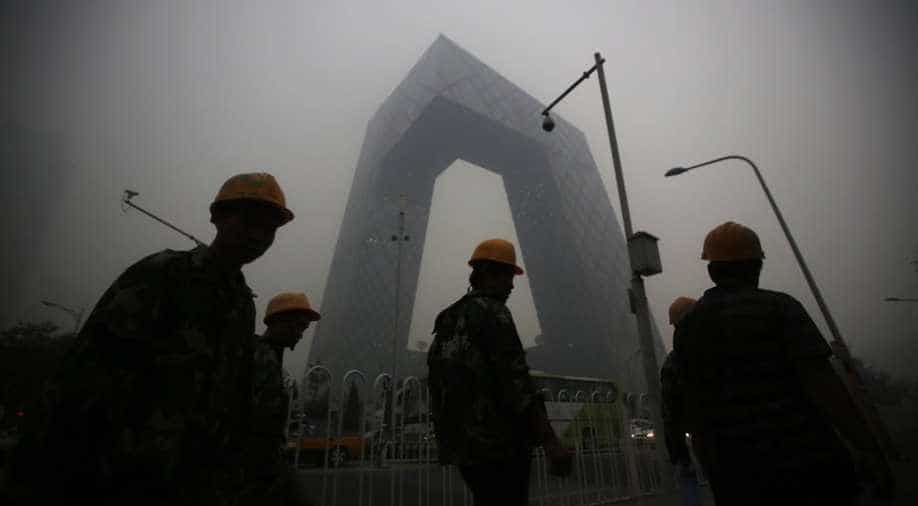 Control of air pollutant emissions from coal-fired power stations are effective in other countries, so there is no reason why strong regulation and enforcement can’t achieve the same in China. Photograph:( Others )

The 100 million-and-counting views of Chinese air pollution documentary Under the Dome is dramatic, but shouldn’t come as any surprise in a country where discussion of smog is more commonplace than discussion of the weather.

It is of course hard to ignore air pollution in most Chinese cities once you step outside. Where Los Angeles in the 70s was famous for its brown skyline, resulting from nitrogen dioxide and photochemical smog, China is now renowned for its white haze of fine droplets, formed when particulate matter pollution and water vapour combine and grow. China isn’t alone in having a problem with air pollution, (go visit New Delhi, Mexico City, Lagos or London), but you simply can’t ignore it when the impacts on visibility are so great.

Until relatively recently, reliable data on Chinese air pollution was hard to come by, but much changed in 2009 when the US started measuring certain pollutants at their Embassy in Beijing and placing the information online. Soon afterwards there was a rapid expansion in openness and now anyone, anywhere, can see real–time pollution all over China.

Of course much of this data simply confirms what most residents can tell for themselves – there are good and bad days (more often bad) but the availability of quantitative information does now change peoples behaviour.

National acceptance of air pollution as a serious problem, via public dissemination and heated debate, followed by mitigation measures and regulation, is a very well-trodden path that virtually all developed nations have gone through during periods of rapid economic expansion. In this respect the pollution problem now in China is systemically no different to the transition periods that led ultimately to the Clean Air Act in the UK, or the introduction of catalytic converters in the US.

An old problem on a new scale

The sources of pollution in Beijing are many and varied, but they have much in common with examples from history. Expanding provision of energy at the lowest possible cost has always been a lever in driving economic growth, and growth in China has been no exception. Its fuel of choice has been coal, and coal used in a somewhat uncontrolled and, until recently, poorly regulated manner.

Increases in transportation infrastructure have also characterised expanding economies; in the 21st century this means private cars, lorries, aircraft and shipping. While there has been moderate progress in reducing emissions on a per-car or per-aircraft basis, this is easily overwhelmed if the absolute numbers of each increase.

Agricultural emissions are a final but often overlooked contribution to pollution, and again China is no exception. Large populations with growing incomes want feeding, and this drives the increased use of fertilisers for productivity. In the atmosphere ammonia from often remote agriculture is a potent contributor to particulate matter found in cities.

There are scant few historical examples of major economic expansion without air pollution as a consequence. In the absence of a really game-changing energy technology or fuel or food source, national strategies need to be designed to transition as quickly as possible through the polluted period, where low cost trumps all other considerations.

This is something that can be see as analogous to the demographic transition that also accompanies economic development. It may be uncomfortable to accept, but the UK probably experienced a transition period of more than 100 years of terrible urban air pollution before the problem was brought under any degree of control. It seems unlikely the government or citizens of China will accept a transition anything like that long.

Not all doom and gloom

Control of air pollutant emissions from coal-fired power stations are effective in other countries, so there is no reason why strong regulation and enforcement can’t achieve the same in China. Fertilisers and agriculture have proved technically and politically difficult to control in Europe and the US, but the science at least is understood.

There is also much that could be learned from the recent mistakes of others. It would be disappointing if the poor performance of modern diesel engines seen in European cities were allowed to play out again in China, or indeed in other less reported on pollution megacities in India, Africa and South America.

Although measurement data is sketchy and incomplete it is reasonable to assume that China is now past its “peak pollution” in absolute terms. The rate of implementation of cleaner technologies is on a scale greater than anything ever attempted before. Things are getting better, but the distance still to travel is pretty vast.

Investing domestically in cleaner power, cleaner transport, and cleaner urban living has a cost, but so does the healthcare and reduced productivity that air pollution induces. Cleaner air investments should be viewed as part of the engine of economic development, rather than the brake.

Alastair Lewis is Professor of Atmospheric Chemistry at the National Centre for Atmospheric Science, University of York.