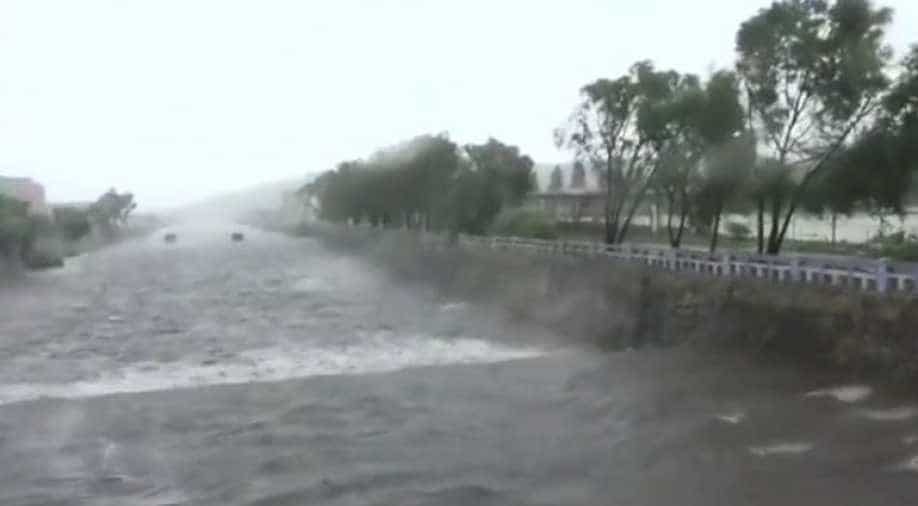 The impoverished and isolated country is vulnerable to natural disasters, especially floods, due in part to deforestation and poor infrastructure

North Korean state media said Sunday five people had been killed in a powerful typhoon that destroyed farmland and damaged hundreds of buildings.

The impoverished and isolated country is vulnerable to natural disasters, especially floods, due in part to deforestation and poor infrastructure.

"According to data available from the State Emergency Disaster Committee, five persons were dead and three persons injured. The injured persons are now under treatment at hospitals," KCNA said.

More than 460 houses and at least a dozen public buildings were "completely or partly destroyed or inundated" by the typhoon, it said.

Crops were wiped out or damaged in 46,000 hectares (110,000 acres) of farmland -- roughly the area of the small European country of Andorra -- the report said, adding that recovery efforts were underway.

It came after South Korea's disaster agency reported three deaths caused by the same typhoon, according to Yonhap news agency.

On Saturday, KCNA reported that North Korean leader Kim Jong Un had berated officials for their "easygoing" attitude to the approaching storm.

According to that dispatch, Kim had convened an emergency meeting on Friday and said "dangerous circumstances" caused by the typhoon were "imminent", but that many in positions of authority were ill-prepared.