No doubt Russia meddled in US election: Nikki Haley 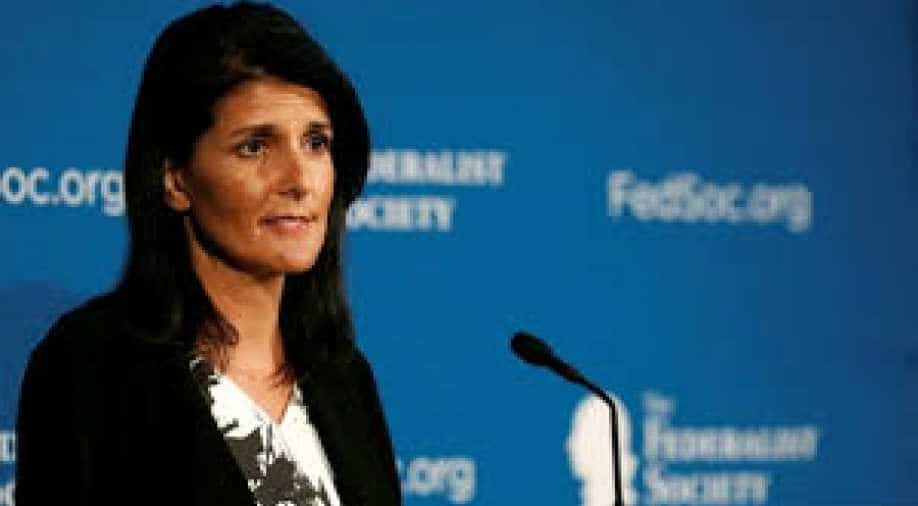 Nikki Haley condemned Russia's probable involvement in last year's US election in an interview with ABC's This Week. Photograph:( DNA )

The United States'ambassador to the United Nations said there was no doubt Russia had meddled into last year's US presidential election.

Nikki Haley, during an interview with American broadcaster ABC, said action should be taken against Moscow once the investigations are over to deter future mischief.

"Certainly, I think Russia was involved in the election. There's no question about that," Haley told ABC's programme named This Week on Sunday.

"And I think when they finish with all of this process, yes, they need to address Russia. They need to act," she told Martha Raddatz.

Russian President Vladimir Putin has denied his country meddled in the contest between Republican Donald Trump and Democrat Hillary Clinton.

While the Trump White House rejects any suggestion that Trump or his staff had connections to Russia, Trump himself has said he believes Russian operatives hacked Democratic Party emails but that any Russian involvement in the election didn't affect the outcome.

The FBI has started its investigations into claims of Russia's direct involvement during the US election. Some of Trump's aides are being probed whether they were in cahoots with the Kremlin.

Trump as president persuaded Haley to leave the governorship of South Carolina to represent the US at the United Nations.

In the interview with ABC, she said Trump hasn't told her not to criticise Russia and that she was "beating up on Russia" over issues such as its actions in Crimea and its dispute with Ukraine.