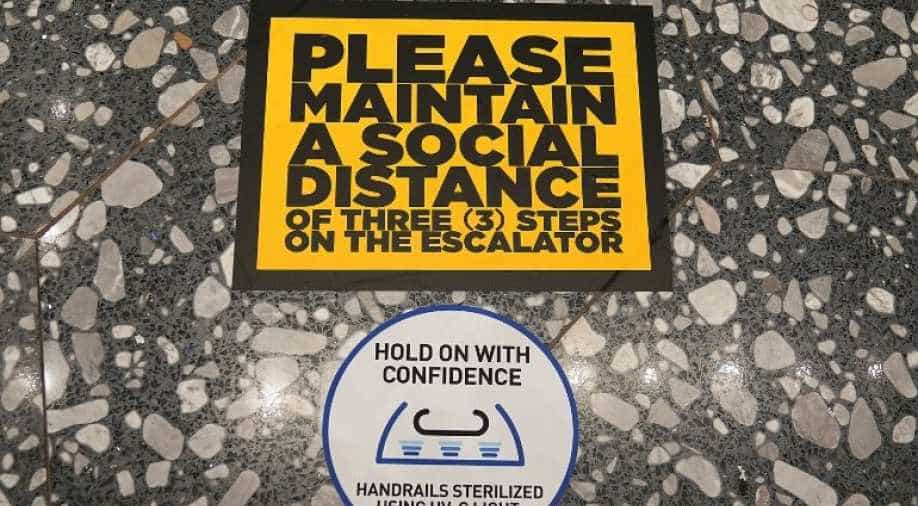 The announcement came as the United States recorded the second-largest increase in coronavirus cases since the health crisis began, with a rise of 35,588 new infections on Tuesday

The governors of New York, New Jersey and Connecticut, once at the epicenter of the U.S. coronavirus outbreak, announced on Wednesday that visitors from states with high infection rates must self-quarantine for 14 days on arrival.

"This is a smart thing to do," New Jersey Governor Phil Murphy said via video at a joint news conference in New York City. "We have taken our people, the three of us from these three states, through hell and back, and the last thing we need to do right now is subject our folks to another round."

The announcement came as the United States recorded the second-largest increase in coronavirus cases since the health crisis began, with a rise of 35,588 new infections on Tuesday, as a dozen states saw infections surge, according to a Reuters tally.

Also read: US working with Europe on how to reopen travel safely, says Pompeo

Florida saw a record increase on Wednesday of over 5,500 new cases. On Tuesday, Arizona, California, Mississippi and Nevada had record rises. Texas set a record on Monday.

New York has lowered its infection rate after locking down much of its economy.

The surge in cases on Tuesday was the highest since a record of 36,426 new infections on April 24.

While the United States appeared to have curbed the outbreak in May, leading many states to lift restrictions on social and economic activity, the virus is moving into rural areas and other places that it had not initially penetrated deeply.

The virus is also renewing its surge in states that opened up early to ease the devastating effect of the restrictions on local economies.

The New York Times reported on Tuesday, citing documents it had seen, that European Union nations were considering a ban on travelers from the United States, along with Russia and Brazil, as they reopen to tourists.

White House adviser Kellyanne Conway on Wednesday acknowledged before the governors' announcement that "hot spot spikes" were emerging as people return to work and gather in social settings but told reporters "that nobody is talking ... about going into another economic lockdown."

She said that the White House coronavirus task force planned to meet later on Wednesday.

Overall cases rose 25% last week, with 10 states reporting a greater than 50% rise in new infections, according to a Reuters analysis.

While some of the increased numbers of cases can be attributed to more testing, the numbers do not correlate.

The percentage of positive tests is also rising.

At least four states are averaging double-digit rates of positive tests for the virus, such as Arizona at 20%. By contrast, New York has been reporting positive test rates of around 1%.