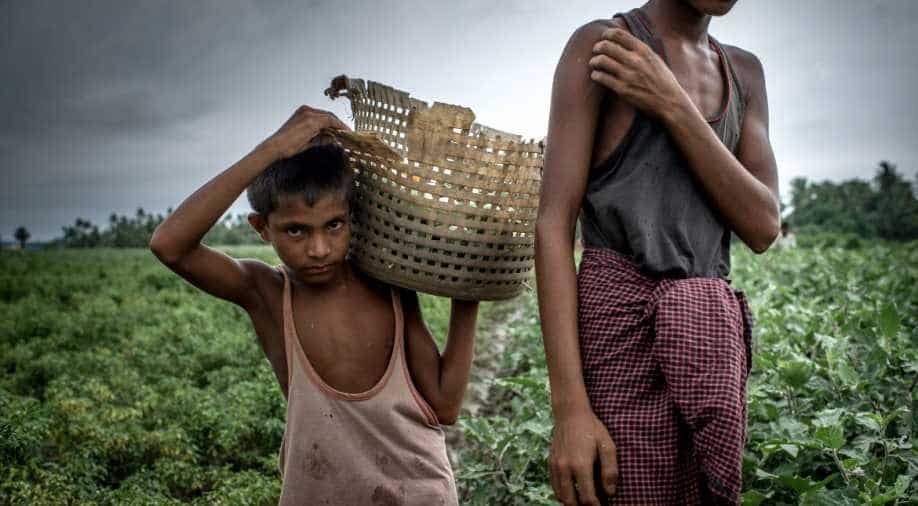 Amid growing concern over the bollody crackdown on Rohingya Muslims in Myanmar, the state media highlighted another crucial problem, physical and emotional abuse of chilren.

Child molestation cases in the country has surged by 40 per cent this year as the country still grapples with a dark past of rights abuses.

By October, 380 cases had been reported across the country, 150 more than the same period in 2015. It accounted for half of all the reported rape cases nationwide.

But human rights activits say many more are at risk of exploitation and these numbers are only the tip of the iceberg.

Children in Myanmar are highly vulnerable to abuse, either as domestic helpers for wealthy families or within their own communities, due to poverty and weak laws.

Many of them are also sold into labour or forcibly recruited to fight in the country's boderlands.

"Most of the time it is carried out by family members, neighbours, relatives or someone close to the victims' families," said police major Khin Maung Thin from Mandalay, where cases have doubled.

"Brothers abuse sisters and fathers abuse daughters," he told AFP, stressing that there is a culture of silence and victim blaming, as a result the crime often goes undocumented.

UNICEF's Myanmar representative Bertrand Bainvel said sexual violence is the second most widespread form of child abuse in the country.

"Sometimes families are reluctant to report (cases) because of the taboo surrounding the issue," he said.

He urged the government to strengthen child protection and take tough action against the perpetrators.