Mexico on track for one of deadliest years for media 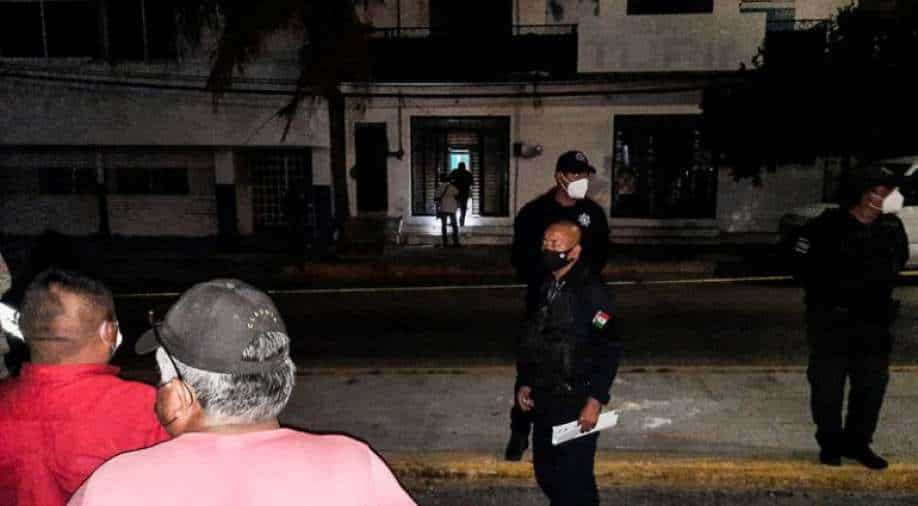 The latest victim was Heber Lopez Vazquez, the 39-year-old manager of news website Noticias Web in the southern state of Oaxaca who was shot dead on Thursday 10 February

Mexico is on course for one of its deadliest years yet for the press, with five journalists murdered already in 2022, prompting calls for authorities to end a culture of impunity.

The latest victim was Heber Lopez Vazquez, the 39-year-old manager of news website Noticias Web in the southern state of Oaxaca who was shot dead on Thursday.

Also read | 'World's most dangerous countries for journalists': Another journalist killed in Mexico, the fifth this year

Two suspects were arrested as they tried to flee the scene of the crime, according to prosecutors.

Lopez had previously received threats that he believed were linked to allegations of corruption against a local mayor, said Balbina Flores, representative for media watchdog Reporters Without Borders (RSF).

Even so, he was not part of a government program providing protection for around 500 journalists.

His murder puts Mexico on course to surpass the toll of seven journalists killed in 2021.

"The first six weeks of 2022 have been the deadliest for the Mexican press in over a decade," said Jan-Albert Hootsen, representative of the Committee to Protect Journalists.

The media rights group said it "urges Mexican authorities to immediately and transparently investigate all murders and bring the perpetrators to justice."

Mexican authorities said Wednesday that three men had been arrested over the murder of journalist Lourdes Maldonado last month in Tijuana.

Her death came in the wake of the shooting of photographer Margarito Martinez in the same northwestern border city.

Roberto Toledo, who worked with a news site in the central state of Michoacan, as well as Jose Luis Gamboa, a journalist and social media activist in eastern Veracruz state, were also killed in January.

Also read | In Mexico, fourth journalist killed in less than a month

Around 150 journalists have been murdered since 2000 in Mexico, and only a fraction of the crimes have resulted in convictions, according to RSF.

Another 29 murders have been registered since President Andres Manuel Lopez Obrador took office in 2018 championing a "hugs not bullets" strategy to tackle violent crime at its roots by fighting poverty and inequality.

"This six-year term (of Lopez Obrador) will be classified as one of the bloodiest" for the press, Flores predicted.

His critics argue that his outspoken attacks against a media that he calls "mercenary" and accuses of serving the interests of his opponents only add to the difficulties facing journalists.

The fact that more than 90 percent of the murders of media workers go unpunished in Mexico is a major driver of the violence, according to activists.

If the authorities had taken tougher action to prevent such crimes, relatives would not be burying more victims, said Vazquez.

Mexico was failing to comply with its obligations in terms of protection and prevention of deadly attacks against journalists, he said.

Most of the crimes against Mexican media involve small outlets whose journalists are "very vulnerable" and sometimes unaware of the protection mechanisms available to them, Flores said.

Given the poor pay this kind of work offers, they often combine journalism with other jobs.

This means authorities can sometimes be quick to separate the crimes from the victims' media activities and not to investigate them as violations of press freedom.

Journalism is a "very precarious" way of eking out a living in Mexico, said Flores.