'World's most dangerous countries for journalists': Another journalist killed in Mexico, the fifth this year 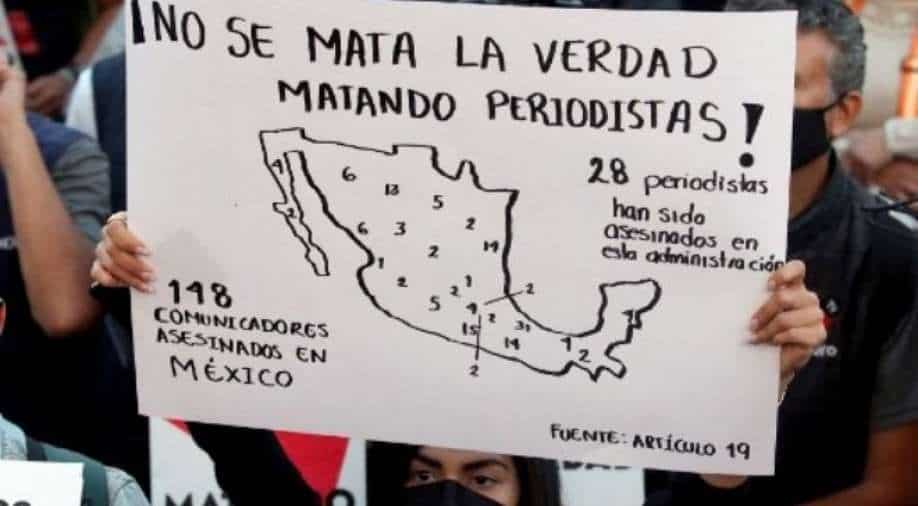 Lopez's death brings the number of journalists killed in Mexico this year to five, according to an AFP tally based on data from press freedom advocacy organization Reporters Without Borders (RSF)

A journalist was shot dead Thursday in Mexico, an official said, the fifth such killing this year in a country notoriously dangerous for reporters.

Also read | Violent crimes on the rise in US: Survey

Two suspects were arrested as they tried to flee the scene of the crime and their guns were recovered, Calvo said, adding it was not known who ordered the killing.

Lopez's death brings the number of journalists killed in Mexico this year to five, according to an AFP tally based on data from press freedom advocacy organization Reporters Without Borders (RSF).

Mexico is considered one of the world's most dangerous countries for journalists.

At least seven were murdered last year, according to RSF, although it is not known whether in all of those cases the killing was linked to their work.

Mexican authorities said Wednesday that three men had been arrested over the murder of journalist Lourdes Maldonado, whose killing last month in Tijuana sparked international condemnation and calls for the government to do more to protect media workers.

Her death came in the wake of the shooting of photographer Margarito Martinez in Tijuana.

Roberto Toledo, who worked with a news site in the central state of Michoacan, as well as Jose Luis Gamboa, a journalist and social media activist in eastern Veracruz state, were also killed in January.