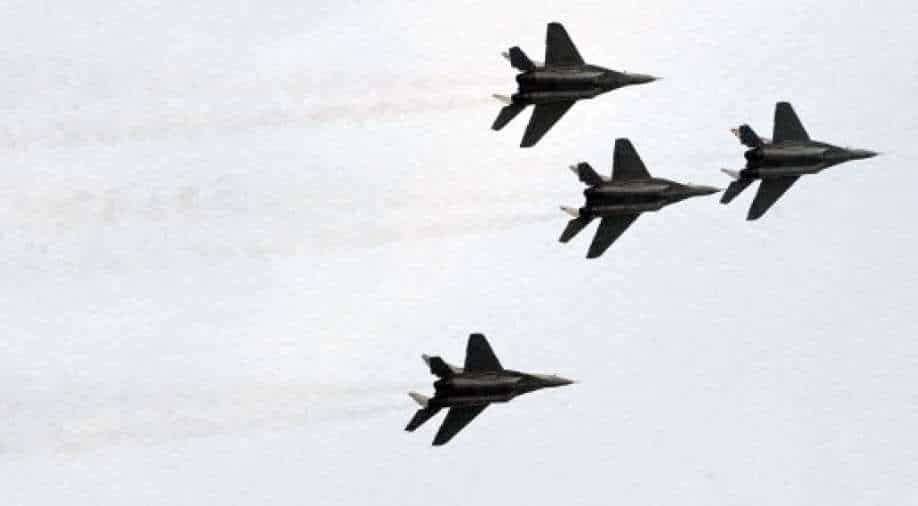 The jets were scrambled after the Malaysian Air Force detected the Chinese planes over its radar at Sarawak on Tuesday morning.

“The People’s Liberation Army Air Force(PLAAF) planes were put under continued radar surveillance and were instructed to contact controllers in the Kota Kinabalu FIR," the Malaysian Air Force said.

The jets were scrambled after the Malaysian Air Force detected the Chinese planes over its radar at Sarawak on Tuesday morning.

"When these instructions were not heeded and the PLAAF planes crossed Kota Kinabalu FIR and headed towards the national airspace, the Malaysia Air Force scrambled intercepting jets at 1:33 pm to perform a visual identification,” it added.

The Chinese jets were hovering off Malaysia's coast in the South China Sea which has several small islands with overlapping claims by several countries including Brunei, Taiwan, the Philippines and Vietnam.

China claims the territory as its own even as the United States on several occasions has sent warships to the South China Sea which has often resulted in a strong reaction from China.

“As a result of the air interception carried out, the RMAF has identified the aircraft as Ilyushin Il-76 and Xian Y-20 aircraft," it said.

The RMAF said the Chinese aircraft identified by its forces are "strategic transport aircraft" capable of performing various missions.

"This incident is a serious matter that threatens national sovereignty and aviation safety, based on the density of air traffic in the airline routes in Kota Kinabalu FIR," the RMAF asserted.

The Chinese planes eventually did not enter Malayasia's airspace even as it put the Hawk jets on high alert.