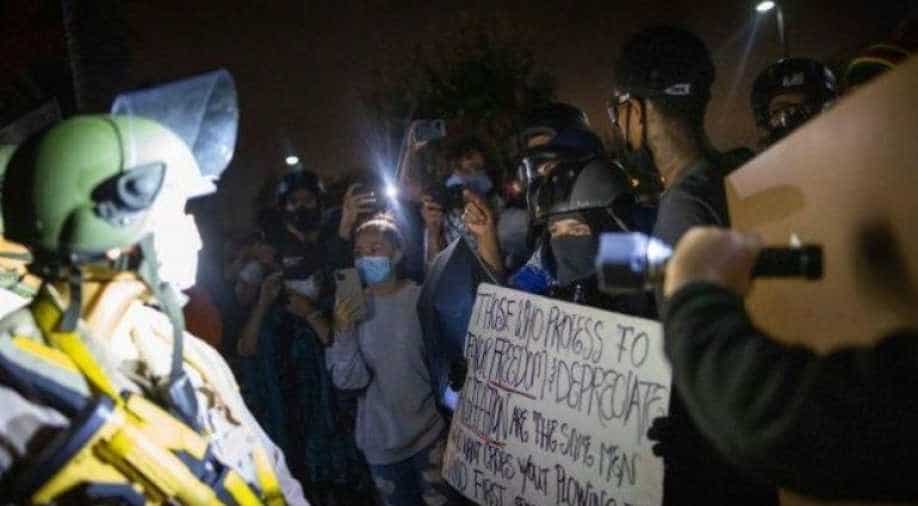 The cyclist, 29-year-old Dijon Kizzee, was shot more than 20 times in the back after two sheriff's deputies tried to stop him for a bicycle code violation, said Benjamin Crump, who said he is representing Kizzee's family.

A Black cyclist was fatally shot by Los Angeles County police, the latest instance of police killing a Black man, as the county Sheriff's Department and a lawyer representing the man's family gave diverging accounts of the shooting on Tuesday.

The cyclist, 29-year-old Dijon Kizzee, was shot more than 20 times in the back after two sheriff's deputies tried to stop him for a bicycle code violation, said Benjamin Crump, who said he is representing Kizzee's family.

The Los Angeles Sheriff's Department said Kizzee, whose identity was confirmed by the county Medical Examiner-Coroner, was shot fewer than 20 times.

The killing renewed protests in the city by demonstrators angered at deadly violence against Black people by police departments around the country.

Kizzee was riding his bike on Monday afternoon in Los Angeles County's Westmont neighborhood when two sheriff's deputies who had been driving by tried to stop him.

Kizzee abandoned his bike and ran for a block with the deputies in pursuit, Brandon Dean, a sheriff's department spokesman, told reporters on Monday evening. Kizzee then punched one of the deputies in the face, dropping a bundle of clothing he had been carrying, the department said.

The deputies said a semi-automatic handgun was in the dropped bundle, and both of them began shooting Kizzee, the department said.

Dean said he did not know what part of the bicycle code Kizzee was suspected to have violated or how many times the deputies shot him, other than saying it was fewer than 20. His office declined to answer questions about the shooting and the status of the two deputies on Tuesday.

The county's coroner was due to conduct an autopsy on Kizzee on Tuesday.

However, Crump, a civil rights lawyers known for representing Black victims of police violence around the country, in a Twitter post, said: "They say he ran, dropped clothes and handgun. He didn't pick it up, but cops shot him in the back 20+ times then left him for hours."

Crump asked on Twitter for people to send him any videos of the incident, saying that sheriff's deputies are not required to wear body cameras.