Not acts of peaceful protest but domestic terror, says Trump in Kenosha 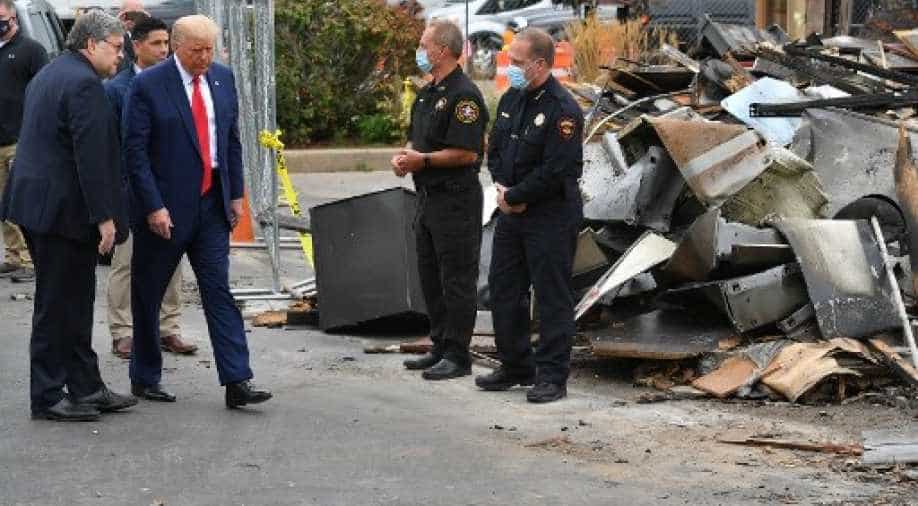 Trump's motorcade was greeted by angry protesters holding banners "not my president" as anger spiled out on the streets as he visited the area.

US President Donald Trump on a visit to Kenosha in Wisconsin to review the situation due to protests in the aftermath of the shooting of Black-American  Jacob Blake said that protests were mainly "domestic terror".

"These are not acts of peaceful protest but really domestic terror," the US president said.

Demonstrators in the city protested against police action after a policeman shot an African-American Jacob Blake, 29, multiple times. Jacob is now in critical condition in hospital with his lawyer asserting that he would be lucky to walk again due to multiple internal injuries.

Trump's motorcade was greeted by angry protesters holding banners "not my president" as anger spiled out on the streets as he visited the area.

The US president during the visit said, "We'll get Kenosha back in shape", while lauding the efforts of the law enforcement units to control the demonstrations.

Ahead of the visit, Democratic presidential candidate in a tweet said: "We need a president who will lower the temperature and bring the country together -- not one who raises it and tears us further apart."

Protests also broke out in Los Angeles after another African-American Dijon Kizzee,29, was shot by policemen.

The United States has been witnessing series of protests triggered by the killing of African-American, George Floyd, at the hands of police in Minneapolis in May leading to nationwide demonstrations which led to the rise of "Black Lives Matter" movement.