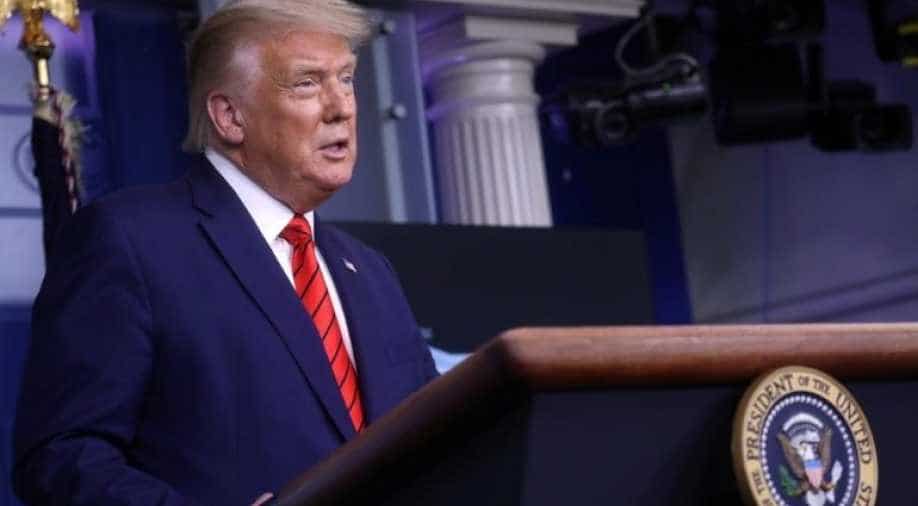 'I am concerned your presence will only hinder our healing,' Wisconsin Governor Tony Evers said to Trump in a letter, that he ignored

After a massive civil unrest in the Wisconsin city over shooting of another Black man by the US Police, the US President Donald Trump visited the city to meet the "hurting Americans". However, the President did not meet the man who was shot, or even his family.

Trump travelled to Kenosha, Wisconsin without paying heed to several Democratic leaders who had urged the President not to visit the city while the city was observing protests after an African-American man Jacob Blake was shot seven times at point blank range in the back by the local police.

According to press secretary Kayleigh McEnany, "currently the plans are to meet with local law enforcement and some business owners and he'll survey the damage."

However, the President completely ignored the grieving family and did not pay the family a visit. McEnany, on being questioned about this, said, "The president wants to visit hurting Americans."

The President was repeatedly urged by the Wisconsin Governor Tony Evers and Mayor John Antaramian to not visit Kenosha, but the President decided to ignore the requests.

"No, because that -- Kenosha is something we did a good job on," Trump said when asked if he even considered the requests. "But I have to see the people that did such a good job for me and we are meeting with numerous people and we have tremendous support in the state of Wisconsin so I promise them when it all gets taken care of, we'll go."

The reason the visit was being objected to was that the local leaders and authorities felt his presence in the city could fuel violence and increase the tensions in the already-burning city. However, Trump said, "It will also increase enthusiasm and it could increase love and respect for our country, and that's why I am going because they did a fantastic job."

Tony Evers, however, said Trump's visit will redirect the resources "at a time when it is critical that we continue to remain focused on keeping the people of Kenosha safe and supporting the community's response."

"I am concerned your presence will only hinder our healing," he continued.

When asked why Trump has not reached out to the Blake family yet, Trump claimed that the family wanted lawyers to be present and he felt that was "inappropriate".

I thought it would be better not to do anything where there are lawyers involved. They wanted to have lawyers involved and I thought that was inappropriate so I didn't do that, but I did speak with the pastor -- was a fine man, wonderful man -- and I think we had a great talk, and I may at some point do that, but they did have a lawyer that wanted to be on the phone and I said no, that's inappropriate but I gave my best regards," Trump said.

Family's lawyer, Benjamin Crump, on this claim said, "When President Obama called Trayvon and Michael Brown's family, when Vice President Biden called George Floyd's family, their attorneys were present. We don't understand why it would be an issue with Trump's administration, and furthermore last time I checked they had a DOJ investigation that had been started in this matter, so it would be totally appropriate for family to have counsel on the phone," Crump said.

Blake's family, too, has taken a step back and expressed their views on Trump not visiting the family. "Our family don't particularly want to have anything to do with him," Justin Blake, victim's uncle said. "We believe he incited this violence."

During a media briefing, he also defended the actions of a 17-year-old boy who had opened fire during the protests. “He was trying to get away from them ... And then he fell and then they very violently attacked him,” Trump said at a briefing. “I guess he was in very big trouble ... He probably would have been killed.”

On the third night of protests, Kyle Rittenhouse, shot three protesters, two fatally, with an assault rifle. He has been charged as an adult, although he is 17-year-old, with two counts of first-degree homicide and one count of attempted homicide.

“In America, we will never surrender to mob rule, because if the mob rules, democracy is indeed dead,” Trump added.

Joe Biden, Trump's opponent in the upcoming November 3 Presidential elections protested against Trump's statement, and said, “Tonight, the president declined to rebuke violence. He wouldn’t even repudiate one of his supporters who is charged with murder because of his attacks on others. He is too weak, too scared of the hatred he has stirred to put an end to it."