Is Trump pressurising FDA to issue a coronavirus vaccine before completing trials? 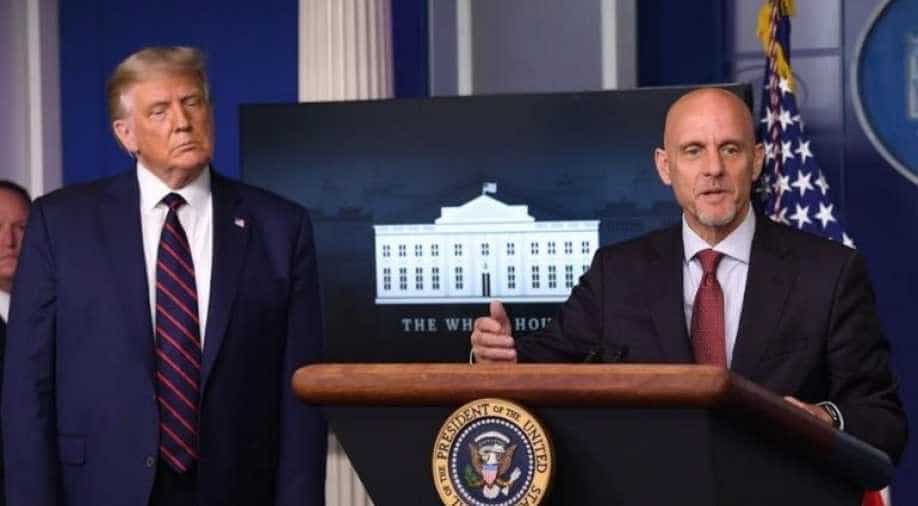 FDA Commissioner Stephen Hahn speaks as US President Donald Trump looks on during a press conference in the Press Briefing Room of the White House in Washington, DC, August 23, 2020 Photograph:( AFP )

Stephen Hahn, the commissioner of FDA said that he was ready to allow “emergency use” for a coronavirus vaccine

The head of the US Food and Drug Administration recently claimed that a COVID-19 vaccine would be rolled out in the US before completing its trials.

In an interview with The Financial Times on Sunday, Stephen Hahn, the commissioner of FDA said that he was ready to allow “emergency use” for a coronavirus vaccine, even before stage 3 of the human trials come to a close.

Hahn added that the “benefit outweighs the risk in a public health emergency”, as the US nears 6 million cases.

However, Hahn did add this was not going to be a “political decision” but one based purely on “science, medicine, data, and decision”.

Many analysts believe that Trump wants to fast track a vaccine before the upcoming November elections to sway the vote in his favour. Medical professionals are also wary of the risks posed by using an untested vaccine.

Currently, Trump’s Operation Warp Speed is underway, which a public-private partnernship to develop a coronavirus vaccine.

Earlier, Trump had attacked the FDA, saying the “deep state” was in cahoots with the drug body to slow down the vaccine approval process. In classic Trump style, he offered no evidence.

The US is nearing 6 million cases of coronavirus, with 182,612 deaths recorded so far. California recently became the first US state to cross 700,000 infections.

Last week, Hahn had claimed that plasma therapy would save 35 out of every 100 lives, while the studies show it saves 3 out of 5 patients. Following this claim, he was forced to apologise and amend his stance. He has been criticised for misleading the public about plasma therapy.

Russia is doing something similar with their vaccine. Before completing its trials, the vaccine was approved and given to people, including one of Putin’s daughters.