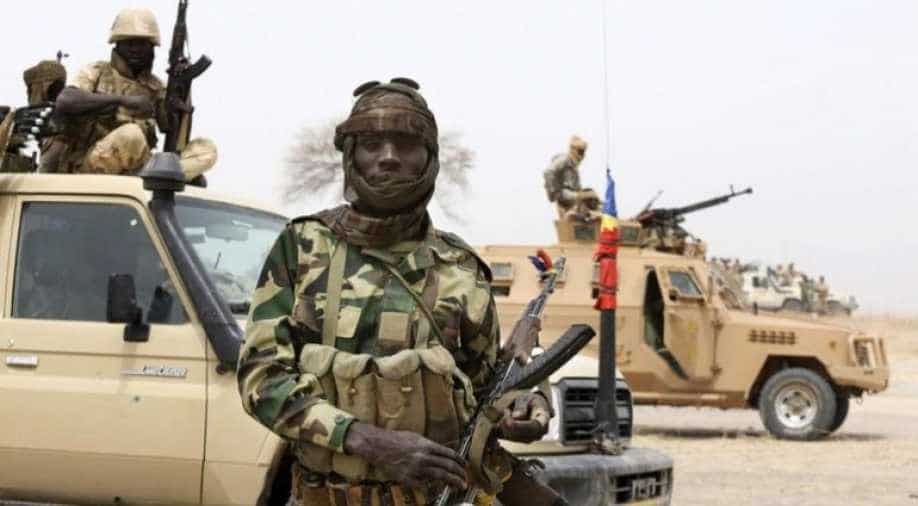 The jihadists stormed in on trucks mounted with heavy weapons, killing, burning and looting before kidnapping women and children.

Jihadists killed at least 30 people and abducted women and children in a raid in northeast Nigeria's restive Borno state, a regional government spokesman said on Monday.

The attack Sunday evening targeted the village of Auno on a key highway linking to regional capital Maiduguri.

They aimed at travellers who had stopped for the night and torched vehicles.

The attackers "killed not less than 30 people who are mostly motorists and destroyed 18 vehicles," Bundi said in a statement after visiting the scene.

The attack, some 25 kilometres west of Maiduguri, occurred in an area where fighters from the Islamic State West Africa Province (ISWAP) have been active, mounting roadblocks to target security forces and civilians.

Witnesses said jihadists set alight 30 vehicles in the raid, including trucks that had stopped overnight on their way to Maiduguri.

"Many of the drivers and their assistants who were sleeping the vehicles were burnt alive," civilian militia fighter, Babakura Kolo said.

The jihadists combed through the village, looting and burning shops and property before withdrawing, he said.

The highway has been increasingly targeted by ISWAP militants in recent months.

The surge has followed the creation of so-called "super camps" by the Nigerian military in the northeast, a strategy under which small army camps have withdrawn from several areas and combined into fewer, larger bases.

The decade-long Islamist insurgency has killed 36,000 people and displaced around two million from their homes in northeast Nigeria.

The violence has spread to neighbouring Niger, Chad and Cameroon, prompting a regional military coalition to fight the insurgents.