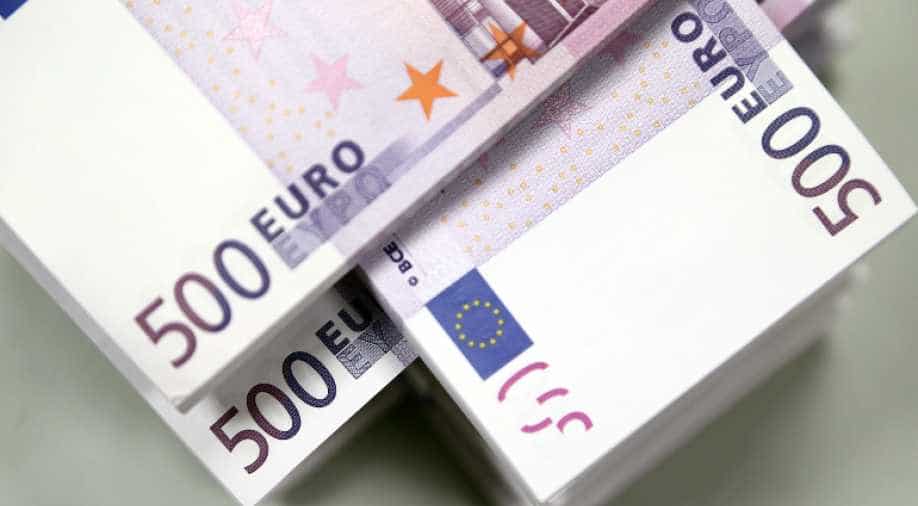 Euro currency bills are pictured at the Croatian National Bank in Zagreb, Croatia, May 21, 2019. Photograph:( Reuters )

The levy will oblige multinational web-based giants to pay a 3 per cent levy on internet transactions, the sources said, adding that some changes were possible due to ongoing negotiations among the ruling parties

Italy is readying a new tax on digital companies in its 2020 budget, as it seeks alternative revenues that will allow it to scrap a scheduled increase in sales tax, two coalition sources told on Monday.

The levy will oblige multinational web-based giants to pay a 3 per cent levy on internet transactions, the sources said, adding that some changes were possible due to ongoing negotiations among the ruling parties.

The scheme is expected to yield around 600 million euros each year, and will apply to companies with annual global revenues worth at least 750 million euros and digital services exceeding 5.5 million euros in Italy.

The plan is broadly in line with proposals from the Paris-based Organisation for Economic Cooperation (OECD), which last week urged governments to redraw rules for taxing global giants.

Rome is struggling to find resources to avoid a hike in sales tax worth some 23 billion euros ($26 billion), due to kick in from January, which could hurt already weak domestic demand.

The coalition of the anti-establishment 5-Star Movement and the centre-left Democratic Party has to send the draft budget to the European Commission by October 15.

Italy and fellow European Union members have long complained about the way Facebook, Google and other web giants collect huge profits in their countries but pay taxes of a few million euros per year at most.

Big internet firms have pushed tax rules to the limit as they can shift earnings to low- or no-tax locations such as Ireland, regardless of where their customers are.

Italy originally set out plans for a web tax in 2018 under the previous coalition of 5-Star and the right-wing League, but that government collapsed in August this year and the levy was never implemented.

The new scheme will take effect from January, sources said. It will operate under a "self-assessment taxation regime" by which the companies submit a calculation of the amount owed. This will be subject to possible checks by the Italian authorities.

If the European Union manages to introduce common rules for a web-tax covering the whole 28-nation bloc, Italy will adjust its own plan accordingly, they added.

Rome has asked the European Commission to present a proposal on minimum taxation for companies across Europe, Economy Minister Roberto Gualtieri told a parliamentary hearing on October 8.