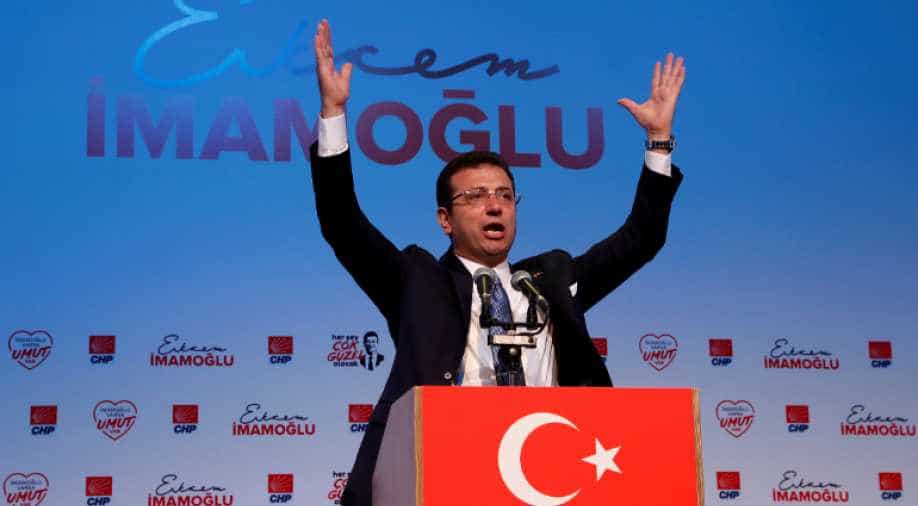 With almost 99 percent of votes counted, he had 54 percent of the vote against the ruling AKP party's Binali Yildirim on 45.1 per cent

The winner of Istanbul's mayoral election re-run, Ekrem Imamoglu, said Sunday that the victory marked a "new beginning" for Turkey and offered to work closely with President Recep Tayyip Erdogan.

"It was not a single group or party, but the whole of Istanbul and Turkey that won this election," Imamoglu said in his victory speech.

With almost 99 percent of votes counted, he had 54 percent of the vote against the ruling AKP party's Binali Yildirim on 45.1 per cent.

That win was annulled by election authorities after Erdogan's AKP party claimed there was corruption in the counting.

"Mr President, I am ready to work in harmony with you. I convey from here my request to meet with you in the shortest time possible," Imamoglu said.

"I will work diligently without discriminating against anyone," he added, before concluding with his campaign slogan: "Everything will be fine."