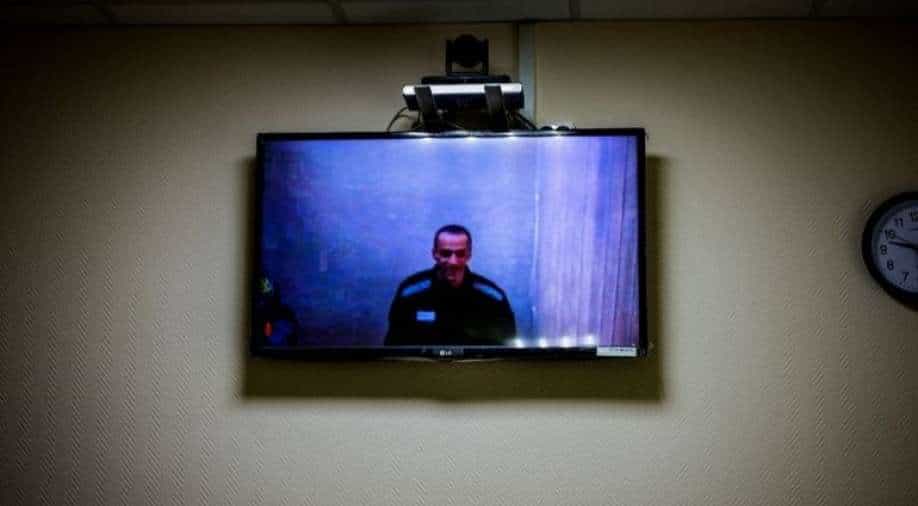 Russia’s most famous prisoner, the opposition leader Alexei Navalny, spends much of his time tidying his cellblock, reading letters and visiting the mess for meals, with porridge often on the menu.

But perhaps the most maddening thing, he suggested, is being forced to watch Russian state TV and selected propaganda films for more than eight hours a day in what the authorities call an “awareness raising” program that has replaced hard labor for political prisoners.

“Reading, writing or doing anything else,” is prohibited, Navalny said of the forced screen time. “You have to sit in a chair and watch TV.” And if an inmate nods off, he said, the guards shout, “Don’t sleep, watch!”

In an interview with The New York Times, his first with a news organization since his arrest in January, Navalny talked about his life in prison, about why Russia has cracked down so hard on the opposition and dissidents, and about his conviction that “Putin’s regime,” as he calls it, is doomed to collapse.

Navalny started a major opposition movement to expose high-level corruption and challenge President Vladimir Putin at the polls. He was imprisoned in March after he returned to Russia from Germany knowing he was facing a parole violation for a conviction in a case seen as politically motivated. As was well chronicled at the time, he was out of the country to receive medical treatment after being poisoned by Russian agents with the chemical weapon Novichok, according to Western governments.

Navalny has not been entirely mute since his incarceration in Penal Colony No. 2, just east of Moscow. Through his lawyers, who visit him regularly, he has sent out occasional social media posts.

Nor is he being actively muzzled by the Kremlin. When asked about Navalny’s social media presence on Tuesday, Putin’s spokesman, Dmitry Peskov, said that it was “not our business” if Navalny spoke out.

But the written exchange of questions and answers covering 54 handwritten pages is by far his most comprehensive and wide-ranging account.

In today’s Russia, Navalny made clear, hours spent watching state television and movies chosen by the warden are the experience of a political prisoner, a status Amnesty International has assigned to Navalny. Gone are the shifts of heavy labor in mining or forestry and the harrying by criminals and guards alike that was the hallmark of the Soviet gulag for political prisoners.

“You might imagine tattooed muscle men with steel teeth carrying on with knife fights to take the best cot by the window,” Navalny said. “You need to imagine something like a Chinese labor camp, where everybody marches in a line and where video cameras are hung everywhere. There is constant control and a culture of snitching.”

Despite his circumstances, Navalny was upbeat about Russia’s future prospects, and he outlined his strategy for achieving political change through the electoral system even in an authoritarian state.

“The Putin regime is an historical accident, not an inevitability,” he wrote, adding, “It was the choice of the corrupt Yeltsin family,” a reference to former President Boris Yeltsin’s appointment of Putin as acting president in December 1999. “Sooner or later, this mistake will be fixed, and Russia will move on to a democratic, European path of development. Simply because that is what the people want.”

As he has before, Navalny criticized Europe and the United States for the economic sanctions it has imposed on Russia for its meddling abroad and its repression of dissidents, including Navalny. He said sanctions harmed ordinary Russians and risked alienating a broad constituency inside Russia that is a natural ally.

Sanctions, he said, should target only the top oligarchs who prop up Putin’s government, instead of the dozens of largely obscure figures who have been hit so far. The truly powerful have largely avoided sanctions, he said, by retaining “an army of lawyers, lobbyists and bankers, fighting for the right of owners of dirty and bloody money to remain unpunished.”

Through the 20th century and earlier, prison in Russia was a crucible that forged or broke dissidents and writers, molded leaders and crushed pluralistic politics.

After some free time, there’s a two-hour spell in front of the screen, lunch, then more screen time, dinner, and then more TV time in the evening. During one afternoon session, playing chess or backgammon is an acceptable alternative.

“We watch films about the Great Patriotic War,” Navalny said, referring to World War II, “or how one day, 40 years ago, our athletes defeated the Americans or Canadians.”

During these sessions, he said, “I most clearly understand the essence of the ideology of the Putin regime: The present and the future are being substituted with the past — the truly heroic past, or embellished past, or completely fictional past. All sorts of past must constantly be in the spotlight to displace thoughts about the future and questions about the present.”

The approach of lengthy, enforced television watching, while taken to extremes at Penal Colony No. 2, is not unique to the site, where inmates in politically hued cases have been incarcerated before.

It sprang from a penal reform in Russia begun in 2010 to boost guards’ control over inmates through their day and to reduce the sway of prison gangs. The intent is not so much brainwashing as control, experts on the Russian prison system say.

“Everything is organized so that I am under maximum control 24 hours a day,” Navalny said. He said he had not been assaulted or threatened by fellow inmates but estimated that about one-third were what are known in Russian prisons as “activists,” those who serve as informants to the warden.

During his first weeks in the penal colony, Navalny’s limbs numbed, either from lingering effects of the nerve agent poisoning or from a back injury from riding in a prison van. He also went on a 24-day hunger strike, raising alarms about his health.

His neurological symptoms eased when guards stopped waking him hourly at night, ostensibly to ensure he wasn’t plotting an escape.

“I now understand why sleep deprivation is one of the favorite tortures of the special services,” he said. “No traces remain, and it’s impossible to tolerate.”

He said that he gets along well with other inmates and that they sometimes cook snacks in a microwave.

“When we cook, I always remember the classic scene from ‘Goodfellas’ when the mafia bosses cook pasta in a prison cell,” he said. “Unfortunately, we don’t have such a cool pot, and pasta is forbidden. Still, it’s fun.”

Navalny, 45, conceded that he has struggled to remain visible in Russian politics through a tumultuous period as the government has clamped down on the opposition and the news media.

The protests that erupted after disputed Belarusian elections last year spooked the Kremlin, he suggested. The Putin government’s other worry, he said, was the electoral strategy he has devised and calls “smart voting.”

Under the strategy, Navalny’s organization endorses the candidates it thinks have a chance of winning in regional and parliamentary elections, which will be held next month.

The Kremlin was so concerned about the upcoming elections, he said, that it engineered a crackdown this year not just on his group and other activists but on moderate opposition politicians, civil society groups and independent news media outlets like Meduza, Proekt and Dozhd television.

Navalny suggested that while the crackdown may prove to be a tactical success for Putin, it may also be a long-term liability.

“Putin solved his tactical question: not allowing us to take away the majority in the Duma,” Navalny said, speaking of the Russian Parliament’s lower house. “But to achieve this, he had to completely change the political system, to shift to a principally different, far harsher level of authoritarianism.”

Navalny suggested the move underscored a principal weakness of Putin’s political system. While leftists and nationalists are represented by parties loyal to Putin, there is no stable, pro-Kremlin center-right party representing the country’s emerging middle class of relatively prosperous, city-dwelling Russians.

“Opposition exists in Russia not because Alexei Navalny or somebody else commands it from a headquarters,” Navalny said, “but because about 30% of the country — mostly the educated, urban population — doesn’t have political representation.”

When what he called the reactionary anomaly of Putin’s rule fades, Russia will revert to democratic governance, Navalny said. “We are specific, like any nation, but we are Europe. We are the West.”