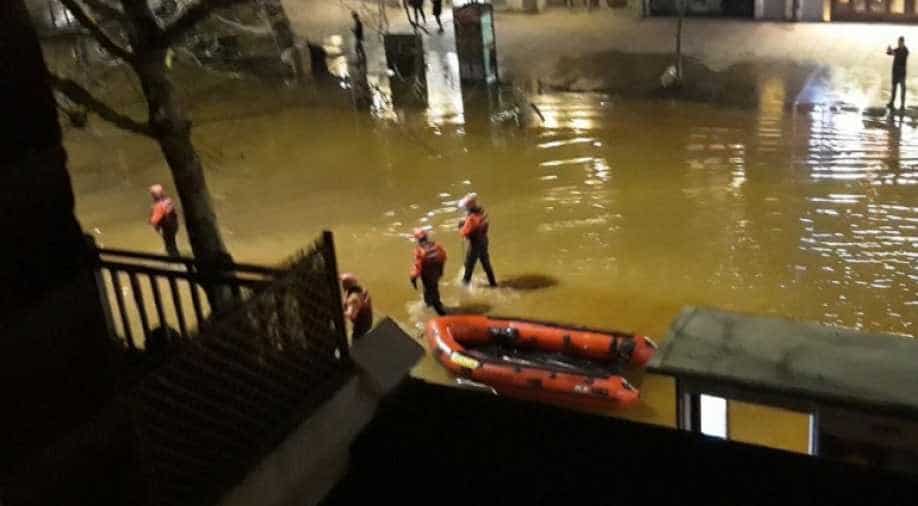 Police prevented residents living on the flooded street from entering their homes because of the electrocution risk. Photograph:( Twitter )

Dozens of people were trapped in cars and restaurants after a water pipe burst in Hammersmith, London.

After the incident, the Police prevented residents living on the flooded street from entering their homes because of the electrocution risk.

Several photos and footages of the scene went viral, showing the area on Kings Street completely flooded, with water rising up to nine inches above the ground.

Car completely ruined by the burst water pipe in Hammersmith ???? @thameswater is there any way for applying for compensation? #Hammersmith #hammersmithflood #london pic.twitter.com/bTGJnTKNBy

London Fire Brigade said there were 35 firefighters and officers in the area, and that seven people were evacuated from their homes.

Sandbags are also being provided to help stop water from entering buildings.

Dozens of police officers were on hand as the floodwater continued to rise rapidly.

The Metropolitan Police has confirmed that officers are dealing with the disruption caused by the burst pipe, while the motorists have been advised to avoid the area.