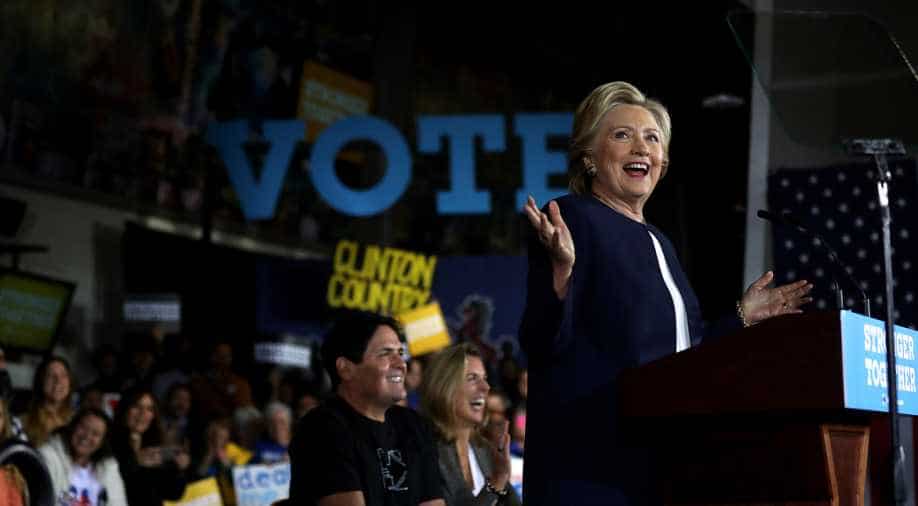 The FBI and US intelligence agencies are examining faked documents aimed at discrediting the Hillary Clinton campaign as part of a broader investigation into what US officials believe has been an attempt by Russia to disrupt the presidential election, people with knowledge of the matter said.

US Senator Tom Carper, a Democrat on the Senate Homeland Security Committee, has referred one of the documents to the FBI for investigation on the grounds that his name and stationery were forged to appear authentic.

In a document forged to appear as though Carper was writing a letter to Clinton, Carper is quoted as saying the Department of Homeland Security had advised him of a risk that a "massive" cyber attack "could change the election results in favour of a specific candidate". The document dated October 3 was reviewed by Reuters.

It concludes, "Any suspicious incident will be immediately reported to your assistants so that a recount of votes could be timely organised. You will not lose the election because of some compromised electronic voting systems." The fake Carper letter is one of several documents presented to the Federal Bureau of Investigation and the US Department of Justice for review in recent weeks, the sources said.

Carper spokeswoman Meghan Pennington confirmed on Friday that the senator had sent a copy of the letter to the FBI and the Senate’s chief law enforcement officer.

"Our office became aware of a fake letter on Senator Carper’s official letterhead and immediately referred it to federal law enforcement to investigate its genesis," Pennington said.

As part of an investigation into suspected Russian hacking, FBI investigators have also asked Democratic Party officials to provide copies of other suspected faked documents that have been circulating along with emails and other legitimate documents taken in the hack, people involved in those conversations said.

A spokesman for the FBI confirmed the agency was “in receipt of a complaint about an alleged fake letter” related to the election but declined further comment. Others with knowledge of the matter said the FBI was also examining other fake documents that recently surfaced.

US intelligence officials have warned privately that a campaign they believe is backed by the Russian government to undermine the credibility of the US presidential election could move beyond the hacking of Democratic Party email systems. That could include posting fictional evidence of voter fraud or other misinformation in the run-up to voting on November 8, US officials have said.

Russian officials deny any such effort.

In addition to the Carper letter, the FBI has also reviewed a seven-page electronic document that carries the logos of Democratic pollster Joel Benenson’s firm, the Benenson Strategy Group, and the Clinton Foundation, a person with knowledge of the matter said.

The document, identified as a fake by the Clinton campaign, claims poll ratings had plunged for Clinton and called for “severe strategy changes for November” that could include “staged civil unrest” and “radiological attack” with dirty bombs to disrupt the vote.

Like the Carper letter, it was not immediately clear where the fraudulent document had originated or how it had begun to circulate.

On October 20, Roger Stone, a former Trump aide and Republican operative, linked to a copy of the document on Twitter with the tag, “If this is real: OMG!!” Stone did not respond to emails requesting comment.

Benenson’s firm had no immediate comment. Craig Minassian, a spokesman for the Clinton Foundation, said the document was “fake.” He said he did not know if the FBI had examined it.

A spokesman for the Clinton campaign, Glen Caplin, said the document was a fake and part of a “desperate stunt” to capitalise on the leak of Democratic emails by Wikileaks.

The developments highlight the unusually prominent role US law enforcement and intelligence agencies have played in a contentious election and an ongoing debate about how public they can or should be about their inquiries.

FBI Director James Comey, a Republican appointed by President Obama, touched off an outcry from Democrats last week when he alerted Congress that agents had found other emails that could be linked to an inquiry into Clinton’s use of a private email server when she was Secretary of State, effectively re-opening an investigation he had closed in July.