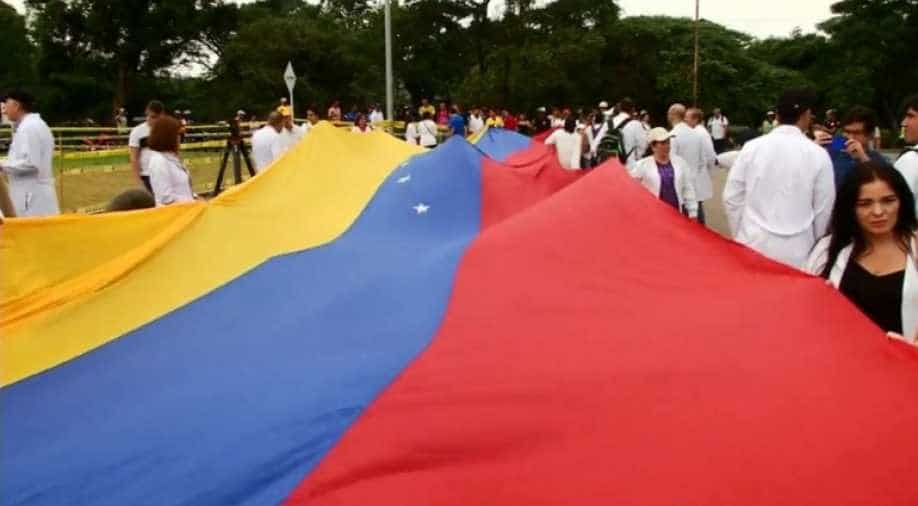 The European Parliament members were tossed out of Venezuela with no explanation on Sunday shortly after they arrived in Caracas, according to Spanish MEP Esteban Gonzalez Pons who led the group.

Five European lawmakers who were expelled from Venezuela said Monday they would try to re-enter the country via Colombia along with a shipment of humanitarian aid sent by the United States.

The European Parliament members were tossed out of Venezuela with no explanation on Sunday shortly after they arrived in Caracas, according to Spanish MEP Esteban Gonzalez Pons who led the group.

But after he returned to Madrid, Pons said he received a phone call from Colombia's foreign minister inviting the five to go to his country on Saturday.

"We have accepted the invitation and... we are going to try to cross over with rations and medicine from Cucuta," Pons told reporters in Madrid, referring to the Colombian border city where US humanitarian aid is being stockpiled for planned delivery to Venezuela.

The expulsion of the lawmakers is the latest point of tension between the international community and Venezuelan President Nicolas Maduro, who is in the grip of a power struggle with opposition leader Juan Guaido, the head of the National Assembly who proclaimed himself interim president last month.

Pons said the five had been invited by Guaido to visit Venezuela. The delegation included two other Spanish lawmakers as well as one each from Portugal and the Netherlands.

Writing on Twitter, Guaido said the MEPs had been "deported by an isolated and increasingly irrational regime".

Both Spain and France have condemned Venezuela's decision to kick them out.