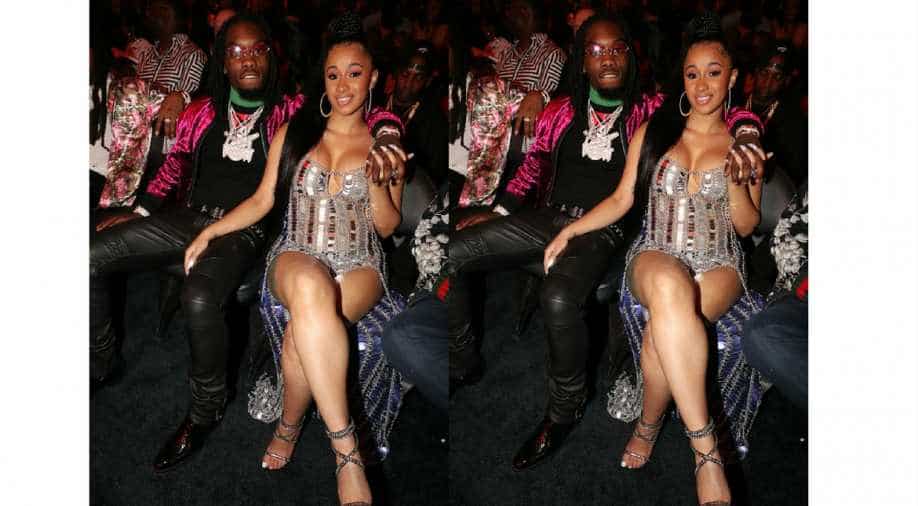 The 'leaked' sex video comes as a confirmation that the couple is still going strong days after a video allegedly shot by Offset featuring another woman surfaced online, leading to rumours of infidelity and their breakup. Photograph:( Twitter )

Every celebrity couple has their own unique way of dealing with rumours of breakup in public.

While most release a statement or clarify to the press, some prefer remaining numb during the chaos. But rapper Cardi B has the third plan in place -- one she executed over the Christmas weekend by posting a fake sex video of her and beau Migos rapper Offset.

The "Bodak Yellow" rapper Cardi B earlier shared a live video of what appeared to be a sex video with fiancé Offset.

In the clip, the bottom half of Cardi B and Offset could not be seen but faces of both were unmistakenly clear.

Cardi B can even be heard telling Offset reportedly, "I don't got no more in me left. You gotta give a whole hour," while standing in front of the rapper

Cardi Bi has now taken to Instagram Tuesday to clarify that the same video has since been deleted and that it was "just a joke".

In the clarifying post, she wrote: "I was fully clothe(d) on live, I was not f--kin' on live. Yaaa can't be that slow".

The leaked sex video has now put all rumours of their breakup to rest as the couple look much in love and together.

The breakup rumours had surfaced earlier when an alleged video shot by Offset featuring another woman surfaced online.

On the work front, Cardi B whose real name is Belcalis Almanzar, released a follow-up to her debut single "Bodak Yellow," which hit No. 1 on the Billboard charts in September.