Cardi B replaces Taylor Swift as No. 1 on Billboard with 'Bodak Yellow' 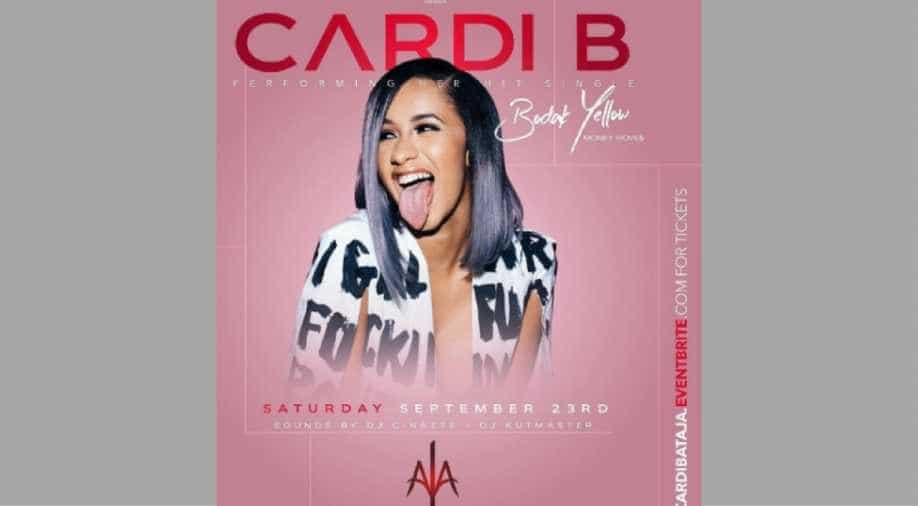 Cardi B has gone from being the most?entertaining breakout star of the VH1 reality show Love & Hip Hop to the chart-topping rapper in under two years. Photograph:( Instagram )

Taylor Swift has been dethroned and the surprise winner at the Billboard Hot 100 is "Bodak Yellow" by artist Cardi B.

Cardi's swagger rap anthem took the No.1 spot on the Billboard Hot 100 singles chart on Monday. It toppled Taylor Swift's leading song "Look What You Made Me Do" after three straight weeks of it being on top.

Cardi B has gone from being the most entertaining breakout star of the VH1 reality show Love & Hip Hop to the chart-topping rapper in under two years. In another interesting record, Cardi is now the first solo female rapper to reach this height since Lauryn Hill’s “Doo Wop (That Thing)” which debuted at No. 1 in 1998.

Billboard calculates its Hot 100 rankings after putting to perspective a lot of things including streaming plays, sales and radio play.

According to Billboard, the song streaming plays increased by 14 percent since it came out. As a result, 11 weeks later, “Bodak Yellow” knocked Swift out of the top spot.

After the announcement came through, Cardi B took to her Instagram profile to write: “I loveee you all each and everybody contributed for this,” she wrote on Instagram. “Ya made it happen for me !!!!! The number 1 WAY!!”. She thanked her fans, radio hosts and others for playing and downloading her song. She also thanked fellow celebrities who celebrated her win.

THANK YOU THANK THANK YOU ,I haven’t even showered son with all the running around????????I loveee you all each and everybody contributed for this .Ya made it happen for me !!!!! The number 1 WAY!!

She posted another video on Twitter where she thanked the singer Janet Jackson for dancing to her song while on tour:

The type of shit you can only dream of.Have to thank the Queen Janet Jackson for showing BODAKYELLOW LOVE !! pic.twitter.com/hjXKoAxvIx

Cardi B, before making into the music industry, was an exotic dancer. She even raps about her past on her breakout single: “I don’t dance now, I make money moves.” She then featured in viral videos on Vine and Instagram and even appeared on the VH1 reality show “Love & Hip Hop" where she got famous.

“Bodak Yellow” dropped in early summer and has become one of the year’s most streamed songs. She now plans to release her first studio album next month and has already put out two mixtapes.