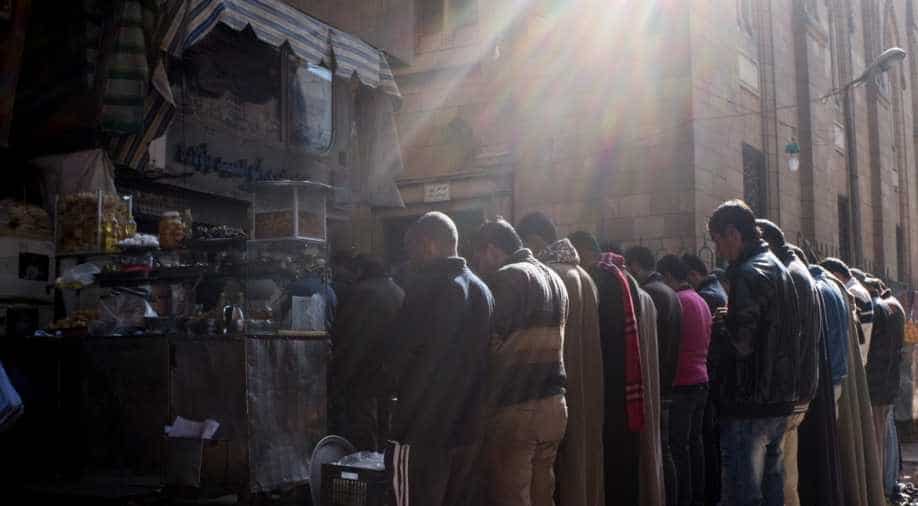 Representative image: Men pray in the street for a Friday prayer dedicated to the victims of recent terrorist attacks outside a mosque on December 16, 2016 in Cairo, Egypt. Photograph:( Getty )

At least nine terrorists were killed and 16 others injured as Egypt's army foiled an attack on a number of security checkpoints in North Sinai, military officials said.

The armed forces exchanged fire with the attackers, killing nine and injuring 16 others. They also destroyed six of their vehicles, he added.

North Sinai has been the stage for many terrorists attacks since the January 2011 revolution that toppled the ex-president Hosni Mubarak.

The attacks mainly targeting police and military increased after the ouster of Islamist ex-president Mohamed Morsi in 2013 by military following massive protests against his rule.

Over 700 security personnel have been reported killed since then.

The military has launched security campaigns in the area, arrested suspects and demolished houses that belong to terrorists, including those facilitating tunnels leading to the Gaza Strip.