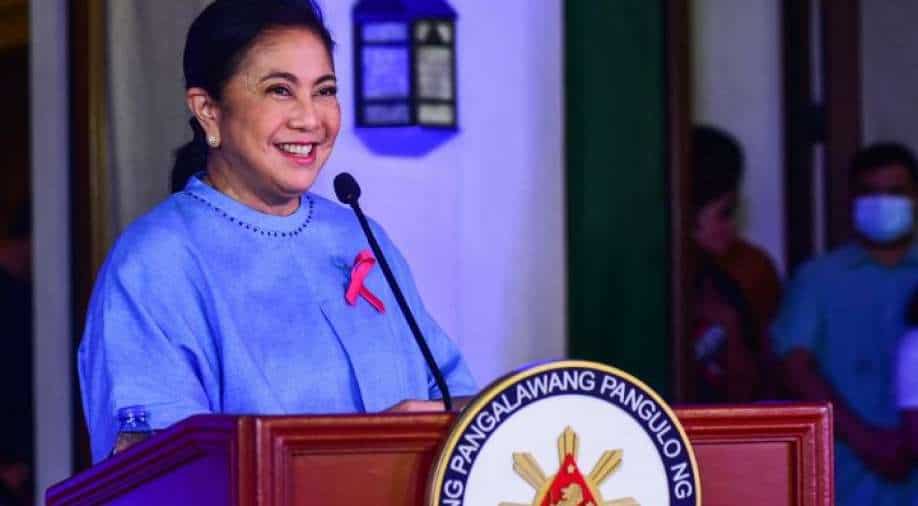 "I will fight, we will fight," Leni Robredo, 56, said, declaring herself a presidential candidate Her decision comes after her nemesis Ferdinand Marcos Jr, son and namesake of the country's former dictator, said he would run for the top job

Philippines Vice President Leni Robredo, an arch-rival of President Rodrigo Duterte and staunch critic of his deadly drug war, said Thursday she will run for the top job, becoming the leading opposition candidate in a crowded election field.

Robredo has been under pressure from supporters and opposition groups to join the 2022 presidential race, but she has been well behind the front runners in opinion polls.

"I will fight, we will fight," Robredo, 56, said, declaring herself a presidential candidate.

"We will defeat the archaic and rotten style of politics."

President and vice president are elected separately in the Philippines. Robredo quit Duterte's cabinet less than six months after he was sworn in, after a presidential aide told her she had been barred from its meetings.

Her decision comes after her nemesis Ferdinand Marcos Jr, son and namesake of the country's former dictator, said Tuesday he would run for the top job.

Robredo narrowly defeated Marcos Jr for the nation's second-highest office in 2016, dealing a blow to the political aspirations of the powerful clan as they sought to rehabilitate their image.

Marcos Jr -- an ally of Duterte and a defender of the narcotics crackdown that has killed thousands of people -- fought a nearly five-year legal battle challenging the vote, but lost in February when the Supreme Court rejected the protest.

Marcos Jr was in second place behind Duterte's daughter, Sara, in a recent Pulse Asia Research poll, though she has denied plans to run.

Robredo was a distant sixth, trailing boxing great Manny Pacquiao and celebrity mayor Francisco Domagoso, who have confirmed they will seek the presidency; and Senator Grace Poe, who has not.

Most of the top candidates have supported the drug war, which is being investigated by the International Criminal Court as a possible crime against humanity.

Robredo, originally a lawyer for the disadvantaged, rose to fame as the wife of Jesse Robredo, a respected cabinet member in former president Benigno Aquino's administration.

When her husband died in a plane crash in 2012, public clamour encouraged her to enter politics.

Robredo, who has three daughters, served a single term in the House of Representatives before her successful bid for the vice presidency.

"My promise is to give all my strength, not only until the election but until the very end to fight for the Philippines that we dream of," Robredo said Thursday.

University of the Philippines political science professor Jean Franco told AFP: "It is going to be an uphill climb but her running sends a strong statement in itself that there is a genuine opposition to Duterte and the return of another Marcos to the presidency."

Duterte has repeatedly attacked Robredo since taking power in 2016 on a promise to rid the country of drugs.

Among other things, she opposed Duterte's plan to bring back the death penalty and his decision to allow the embalmed body of Ferdinand Marcos to be buried at the national heroes' cemetery.

So far, more than 40 candidates have registered to run for president in the May election, but the field will narrow significantly in the coming months.

Election season kicked off this month, the candidates flocking to the offices of the elections commission to file their nominations.

The process launched a typically noisy and deadly seven months of campaigning for more than 18,000 positions, with the COVID-19 pandemic and the economic downturn caused by lockdowns expected to dampen the atmosphere.