Despite uproar over Floyd’s death, the number of fatal encounters with police hasn’t changed 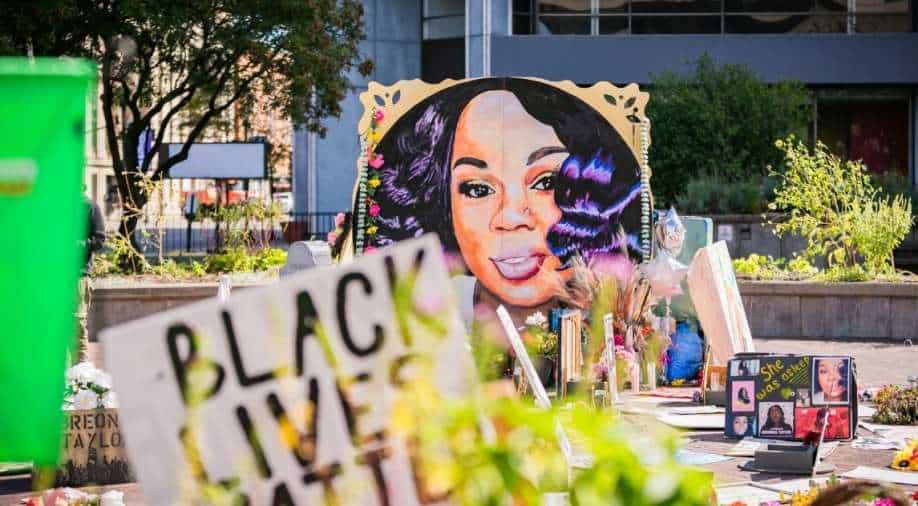 Since Floyd’s death in May of last year, 1,646 people have been killed by the police, or about three people per day on average, according to Mapping Police Violence, a nonprofit that tracks people killed by police

For the second time this year, a jury in Minneapolis has ruled against a former police officer for killing a Black man.

Like the conviction of Derek Chauvin for the murder of George Floyd, the verdict Thursday against Kimberly Potter on two counts of manslaughter for the shooting death of Daunte Wright during a traffic stop represented an unusual decision to send a police officer to prison.

And yet, despite the two high-profile convictions in Minneapolis, a review of the data a year and a half after America’s summer of protest shows that accountability for officers who kill remains elusive and that the sheer numbers of people killed in encounters with police have remained steady at an alarming level.

The murder of Floyd on a Minneapolis street corner drew millions to the streets in protest and set off a national reassessment on race that touched almost every aspect of American life, from corporate boardrooms to sports nicknames. But on the core issues that set off the social unrest in the first place — police violence and accountability — very little has changed.

Since Floyd’s death in May of last year, 1,646 people have been killed by the police, or about three people per day on average, according to Mapping Police Violence, a nonprofit that tracks people killed by police. Although murder or manslaughter charges against officers have increased this year, criminal charges, much less convictions, remain exceptionally rare.

That underscores both the benefit of the doubt usually accorded law officers who are often making life-or-death decisions in a split second and the way the law and the power of police unions often protect officers, say activists and legal experts.

The convictions of both Chauvin, the former Minneapolis officer who was captured on an excruciating bystander video pinning Floyd to the ground for more than nine minutes as he gasped for air, and Potter strike some experts as tantalizing glimpses of a legal system in flux. Potter’s case in particular reflected the kind of split-second decision — she mistakenly used her gun instead of her Taser after Wright tried to flee an arrest — that jurors usually excuse even when something goes horribly wrong.

Chris Uggen, a sociology and law professor at the University of Minnesota, said that even though the number of people killed by police remained prevalent, high-profile cases could still send a message to the police.

“The probability of punishment is not zero,” he said. “So it moves the needle to some degree, and it can certainly affect the behaviors of police officers.”

But many experts are reluctant to read too much into a few isolated cases carried out in the glare of media scrutiny.

“Criminal trials are not designed to be instruments of change,” said Paul Butler, a professor at Georgetown University Law Center and a former prosecutor. “Criminal trials are about bringing individual wrongdoers to justice. So while there have been high-profile prosecutions of police officers for killing Black people, that doesn’t in and of itself lead to the kind of systemic reform that might reduce police violence.”

Philip M. Stinson, a criminal justice professor at Bowling Green State University in Ohio who tracks police criminal charges and convictions, said Potter was the first female police officer convicted of a murder or manslaughter charge in an on-duty shooting since 2005. He said he believed that the number of deaths from excessive police force was higher than what was recorded and reflected in news coverage.

“Many police officers exhibit a fear of Black people,” he said. “Until we can address that, it is very difficult to bring about meaningful reforms.”

Gloria J. Browne-Marshall, a constitutional law professor at John Jay College of Criminal Justice in New York, said accountability also needed to be aimed at prosecutors who gave officers “carte blanche” for a century until the recent show of public outrage. Change is not likely to come soon, she said.

“In these individual cases, justice won in the end,” she said. “But there is a lot of work that still needs to be done.”

Jim Pasco, executive director of the National Fraternal Order of Police, said the rarity of criminal charges against officers does not indicate a lack of accountability, but simply reflects that the vast majority of police shootings are lawful — with many occurring under dangerous circumstances in which officers have to make quick, life-or-death decisions.

There has been no finding of fault against officers in many of the other recent high-profile cases of people killed in encounters with the police.

Less than three weeks after the murder of Floyd, an officer in Atlanta fatally shot a Black man named Rayshard Brooks, who was fleeing a Wendy’s parking lot after taking a Taser from the officer’s partner and firing it at him. The killing in Atlanta, like that of Floyd’s, was captured on bystander video and drew protesters, adding to the demands for justice and accountability over the number of African Americans killed by police.

And about two months before Floyd’s murder, Breonna Taylor was killed in her Louisville, Kentucky, apartment during a botched police raid that targeted an ex-boyfriend for alleged drug crimes. Her name, too, became familiar to millions of Americans.

Yet the officers involved in the Taylor case have largely been cleared, even as federal authorities continue to investigate. And in Atlanta, Brooks’ case stalled this summer as it was passed to a third prosecutor, who is starting the investigation all over again. The officer who shot Brooks has been charged with murder, but there is no timeline for a trial.

“We are taking a fresh look at it and starting from day one,” said Pete Skandalakis, the special prosecutor in Georgia who took over the case. He added that he could not predict when the case would see a courtroom.

That has left Brooks’ family wondering if they will ever see justice.

“I think we’re all just lost right now,” said L. Chris Stewart, a lawyer who represents the Brooks family. “We don’t know what to think or what’s going on.”

According to data kept by Stinson and a research team at Bowling Green, 21 officers this year have been charged with murder or manslaughter for an on-duty shooting — although five of the officers charged are for the same encounter: the killing in November 2020 of a 15-year-old boy who was a suspect in an armed robbery.

While this is an increase from the 16 officers charged in 2020 and the highest number since Stinson began compiling the data since 2005, it remains small next to the roughly 1,100 people killed by police annually. (Just as the pace of killings since Floyd’s death has remained largely unchanged, racial disparities have also stayed the same. Black people are still 2 1/2 to 3 times as likely as white people to be killed by a police officer, according to Mapping Police Violence.)

While Chauvin’s trial was underway in the spring, Wright’s death at the hands of Potter in Brooklyn Center, a Minneapolis suburb, set off new rounds of protests in the Twin Cities. And in the rest of the U.S., the number of new cases of people killed in encounters with police continued apace, some of them piercing the national consciousness and adding to the names protesters shouted in the streets.

Among them were Adam Toledo, a 13-year-old Latino boy who was killed by a Chicago police officer after running down a dark alleyway with a gun. And in Columbus, Ohio, shortly before the jury reached a decision in the Chauvin trial, a 16-year-old Black girl named Ma’Khia Bryant was shot to death by an officer as she swung a knife at a young woman.

A state agency investigated Ma’Khia’s death and in July turned its findings over to local prosecutors in Franklin County. At the time, the state attorney general said he expected it to take prosecutors “several weeks” to make a charging decision, but a spokesperson for G. Gary Tyack, the county’s top prosecutor, said the case was still under review five months later.

More recently, at a high school football game in a suburb of Pennsylvania this fall, police officers opened fire amid a crowd after they heard gunshots, killing an 8-year-old Black girl named Fanta Bility.

All of these cases remain under investigation, and no charges have been filed against the officers involved.

One of the reasons for Chauvin’s conviction was that the circumstances of the case differed so starkly from so many other cases in which officers were cleared by prosecutors or juries: There was no split-second decision made in an environment in which Chauvin could argue that his life, or those of other officers, was in danger.

In the trial of Potter, which played out in the same courtroom where Chauvin was tried, her defense attorneys said Potter acted reasonably in using force because she feared for the life of a fellow officer, a scenario more emblematic of a typical police killing case.

This time, that argument did not work.