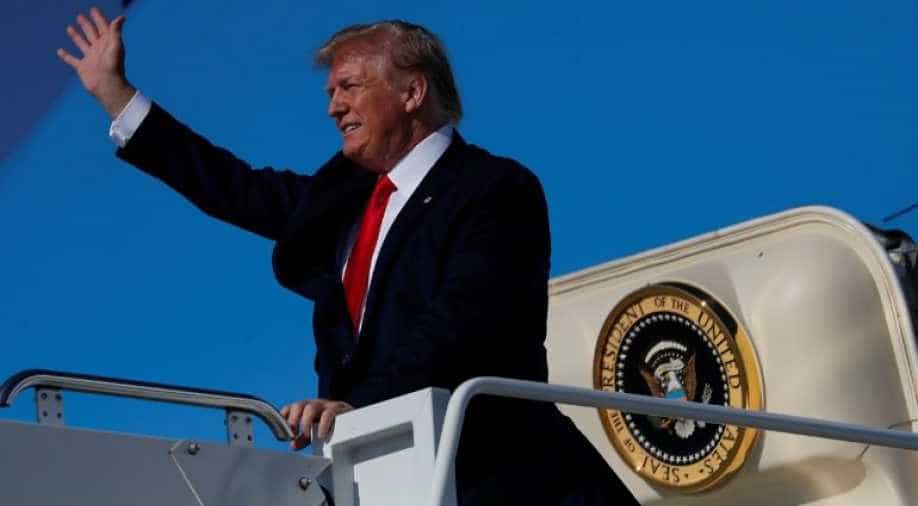 On Thursday, US Senators Kirsten Gillibrand unveiled a plan to lower drug prices

Democrats see US President Donald Trump becoming increasingly vulnerable to criticism about healthcare costs after the administration's decision to scrap a proposal to lower drug prices, and 2020 White House candidates are rushing to seize the spotlight on the issue.

The debate over the future of the American healthcare system has become a focal point of the Democratic presidential nominating contest.

As Trump has failed to make strides to remedy the problem, Democrats are becoming more vocal.

Some Democrats have been making big promises on healthcare, vowing to sweeping overhauls and complete government takeovers.

But even candidates like US Senators Bernie Sanders and Elizabeth Warren, who would abolish private health insurance, are wading into the debate about lowering costs for consumers buying drugs in the current market.

Trump talked regularly about drug prices during his 2016 campaign but has failed so far to deliver the changes he promised.

On Thursday his administration scrapped one of its most ambitious proposals for lowering prescription medicine prices, backing down from a policy aimed at health insurers and raising the possibility of new measures focused on drugmakers.

The abandoned proposal would have required health insurers to pass billions of dollars in rebates from drugmakers to Medicare patients.

Drug prices directly affect consumers, making it a more pressing concern for voters than debates over the structure of the healthcare system, said Robert Blendon, a political scientist at Harvard University who researches public opinion on healthcare.

Blendon said Trump, having failed to broker any deals in Congress, made his drug price plan too complicated, and voters are unlikely to see him as having made any strides.

That is an opportunity for Democrats to offer their own effort at messaging.

A study Blendon produced earlier this year found that given a list of problems, nine out of 10 Americans chose the price of prescription drugs as an extremely important issue.

But voters' concerns do not extend to the stability or structure of government, with only 25% saying they are concerned about the stability of Medicare.

"Whoever gains anything politically out of this is going to have to talk about this (so that) it sounds like you understand," Blendon said.

"It really is a pocketbook issue."

On Thursday, US Senators Kirsten Gillibrand unveiled a plan to lower drug prices.

On Friday, Democrat Amy Klobuchar announced a plan to help lower the cost of pharmaceuticals purchased by seniors. Warren also has a Medicare pricing plan.

Sanders is heading to Canada later this month for an event to highlight the difference in the price of insulin.

Blendon said it was becoming obvious to candidates like Sanders that they cannot peg their entire healthcare message to arguing for a universal system.

"Medicare for all is not a top issue for older voters," Blendon said.

Klobuchar's proposal, which includes investing in research for a cure for Alzheimer's disease and improving the stability of Social Security, would allow the government to negotiate Medicare Part D costs, which cover prescriptions for seniors.

Klobuchar, a US senator from Minnesota, would also let people order prescription drugs from countries like Canada, proposal proponents say would lower costs.

Blendon said import changes are the most popular with voters, who fail to see how drugs from Canada or England are any more risky than ones made in the United States.