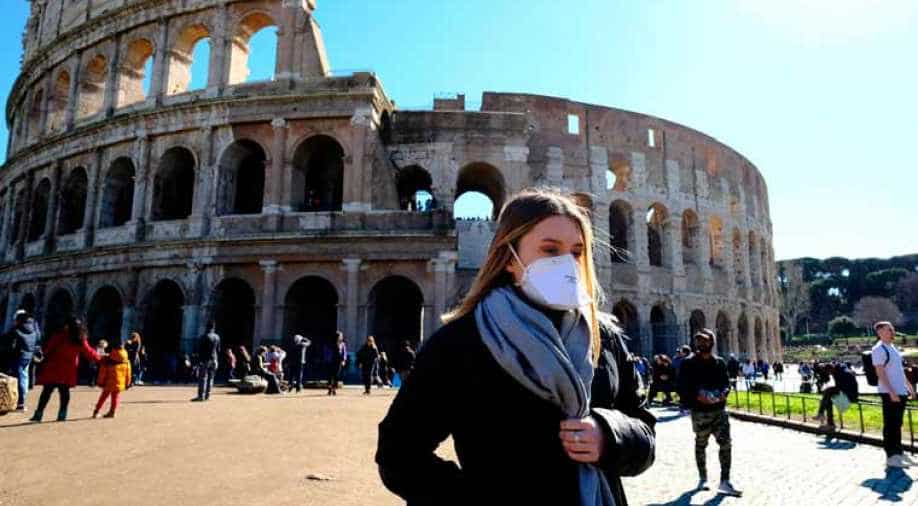 A file photo of coronavirus in Italy. Photograph:( AFP )

Death toll in Italy (34,114) are the fourth-highest behind those of the United States, Britain and Brazil.

Italy reported 71 deaths due to coronavirus in the last 24 hours against 79 the day before, as per the Civil Protection Agency's statement. In terms of cases, the country reported 202 new cases of the novel virus against 283 on Tuesday.

Death toll in Italy (34,114) are the fourth-highest behind those of the United States, Britain and Brazil.

In terms of cases, the European country (235,763) comes seventh behind the United States, Russia, Brazil, Spain, Britain and India.

The number of active cases in Italy is 31,710. Lombardy remains the worst-hit in Italy as it constitutes 99 out of 202 new cases reported on Wednesday.

Coronavirus has infected over 7.2  million people globally, as per data from the Johns Hopkins University. Currently, 7,240,085 people have been infected with the virus, while 411,279 people have lost their lives to the pandemic, which went global six months ago, after wreaking havoc in China.

The World Health Organization warned against coronavirus worsening. “Although the situation in Europe is improving, globally it is worsening,” it said while adding that “asymptomatic patients” may not be a real cause of concern, then later backtracking on it.