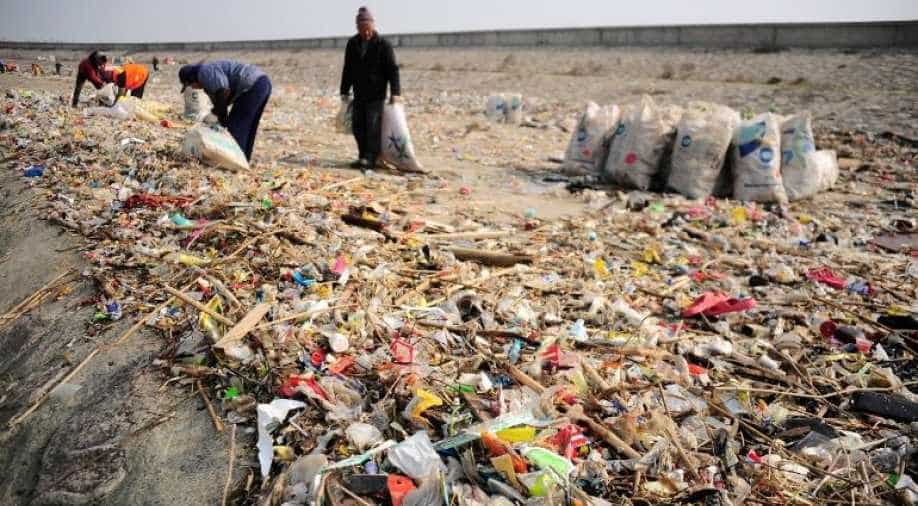 The majority of the waste was dumped in the delta regions of the Yangtze and Pearl rivers, both major industrial zones on China's eastern coast.

China dumped a total of 200.7 million cubic metres of waste into its coastal waters in 2018, a 27 per cent rise on the previous year and the highest level in at least a decade, the country's environment ministry said on Tuesday.

The majority of the waste was dumped in the delta regions of the Yangtze and Pearl rivers, both major industrial zones on China's eastern coast, the Ministry of Ecology and Environment (MEE) said.

"At the moment, there are some clear problems with the work on the marine ecological environment, with some regions not showing a lot of awareness or paying sufficient attention, and lacking strong initiative and dedication," Huo Chuanlin, deputy director of the MEE's marine environment department, said at a briefing in Beijing.

Environmental groups have expressed concern that China, desperate to clean up its own rivers, is dumping increasing amounts of trash in its seas instead.

However, Huo said overall conditions in China's coastal waters, including issues like wastewater entering the seas from rivers, were improving and China could not be blamed for a global ocean polluting crisis.

"China is the biggest producer and exporter of plastic products, accounting for about 30 per cent of the world's total, but that doesn't mean China is a major marine plastic polluting country," he said.

China found an average of 24 kilograms of floating trash per 1,000 square metres of surface water last year, 88.7 per cent of which was plastic, the ministry said. Plastic also dominated the waste found below the surface, including on the seabed.

Earlier this year, Beijing published an action plan designed to clean up the Bohai Bay, one of the country's busiest and most polluted waterways.

China has earmarked 7 billion yuan for the clean-up this year alone, but Huo said it is still expected to struggle to meet a key target aimed at making at least 73 per cent of Bohai waters fit for human contact by next year, up from around 70 per cent at present.

China is planning to make around 30 per cent of its coastal waters completely off-limits to development as part of a national "ecological red line" scheme.

But it is also trying to protect its rivers and improve the environment of its cities by moving polluting industries like steel and petrochemicals to the coast.