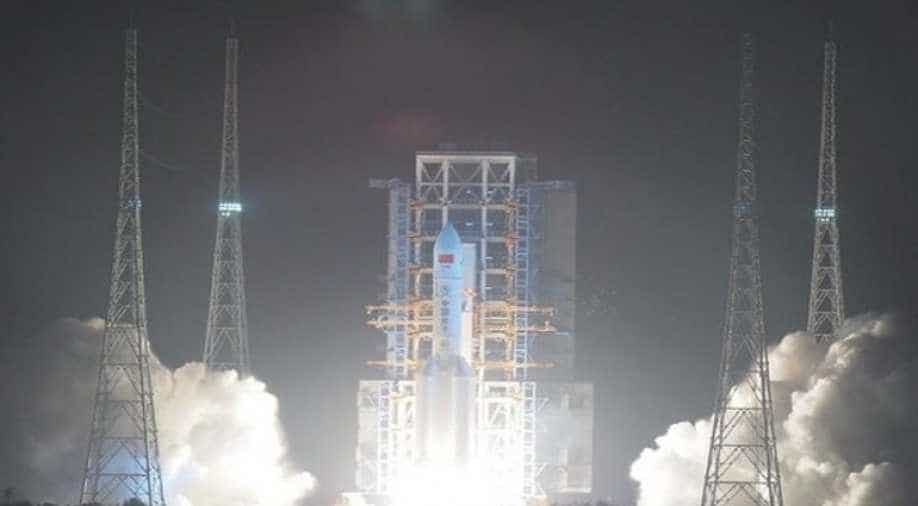 With the launch of its new Long March-5 heavy rocket on Thursday, China moved one step closer to setting up its own space station in Earth orbit nearly a month after it launched its longest space mission, US-based news website Space.com reported.

According to state news agency Xinhua, Long March-5 heavy rocket is larger than previous versions of China's Long-March carrier rockets. It blasted off on Thursday night from a pad in the southern province of Hainan.

"Its successful launch has propelled China to the forefront of the world in terms of rocket carrying capacity, and marks a milestone in China`s transition from a major player in space to a major power in space," Xinhua cited the ruling Communist Party's Central Committee and powerful Central Military Commission as saying in a letter, Reuters reported.

As per Space.com, the Long March 5 is one of China's new generation of rockets, which feature larger carrying capacities, are being pursued during a 12th Five-Year Plan period (2011-2015).

"With the heavy-lift carrier rocket, China can build a permanent manned space station and explore the moon and Mars," the Xinhua said.

The two-stage rocket's ability to put 25 tonnes of payload into low-Earth orbit and 14 tonnes to geostationary transfer orbit gives it a carrying capacity 2.5 times larger than previous models, Xinhua said.