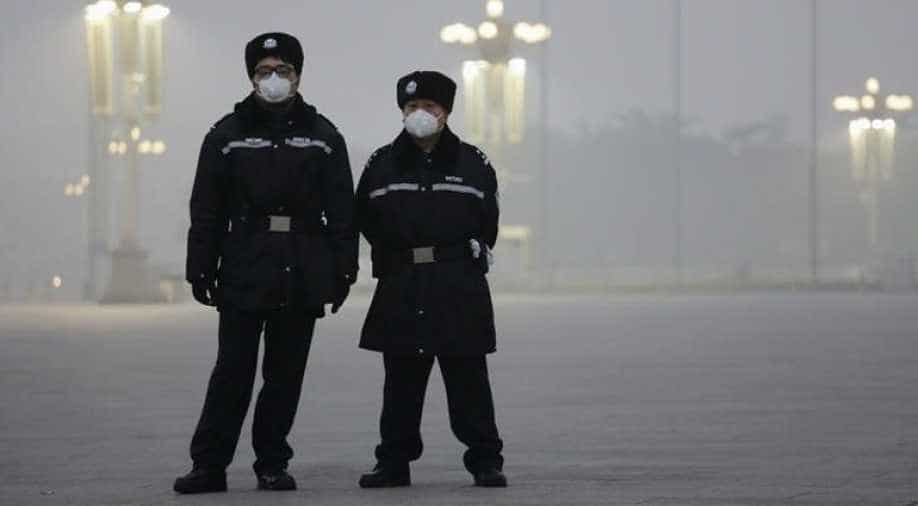 Regular episodes of smog blanketing northern China this year stem from a combination of local emissions, unfavourable weather and pollutants wafted in from elsewhere. Photograph:( Reuters )

China issued its first ever red alert for smog in Beijing, the capital, last December, after adopting a colour-graded warning system in a crackdown on environmental degradation left by decades of breakneck economic growth.

Officials in Beijing issued a red alert on Thursday after the Ministry of Environmental Protection (MEP) warned of a smog build-up across China's north, saying the alert was expected to run until December 21.

The ministry has also advised 22 more cities reeling under pollution to issue the red alert warning, the official China Daily said on Friday.

Nine cities, including Jinan in the province of Shangdong were advised to issue the lower-status orange alert, Liu Bingjing, the ministry's head of air quality management, told the paper.

The notification will be the third joint warning by city governments this month, Liu added.

Environmental authorities in Hebei province, which borders capital city Beijing, asked for a level one emergency response from major cities in the region to begin from Friday, according to a post on its official Weibo account late on Thursday.

The order requires a large number of heavy polluting industries in these cities, including in Tangshan, China's steel capital, to cut back or halt production until Wednesday.

Red alerts are issued in Beijing when the air quality index, a measure of pollutants, is forecast to break 200 for more than four days in succession, surpass 300 for more than two days or overshoot 500 for at least 24 hours.

At each level, the colour-graded warning system prescribes advisories for schools, hospitals and businesses, as well as possible curbs on traffic and construction.

Thresholds for the issue of alerts vary among cities, as do the cautionary measures urged on local residents and businesses at each stage.

Residents of smaller cities near Beijing have previously complained that local government bodies failed to issue warnings when pollution was just as severe as in the capital.