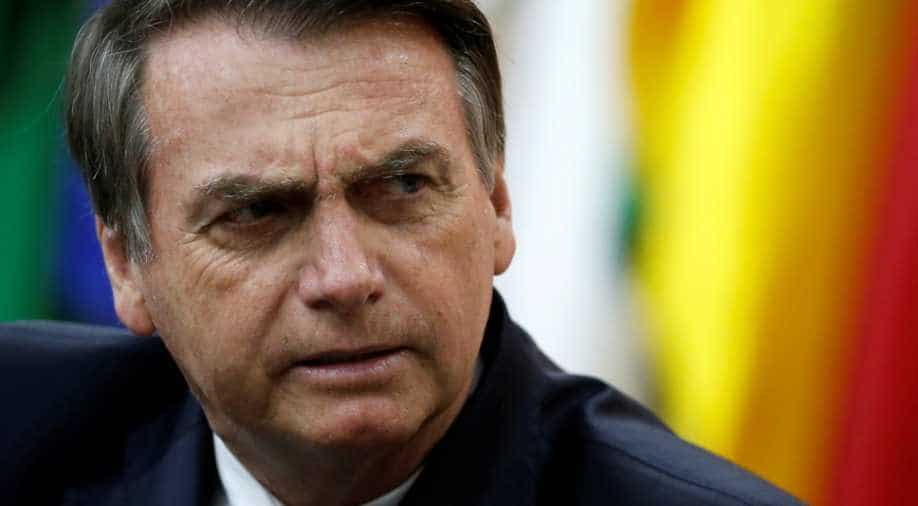 Brazil's President Jair Bolsonaro said Friday he will stop using disposable pens made by France's Bic to sign official documents, while a diplomatic spat continues over fires in the Amazon basin.

"A pen (of the Brazilian brand) Compactor and no more Bic, will work," Bolsonaro said, confirming remarks he made during a live broadcast on Facebook a day earlier.

Bolsonaro said Thursday he would stop using Bic "because it is French."

When asked by AFP if Bolsonaro was serious or joking, Brazil's presidential office declined to comment.

Most of the Bic ballpoint pens sold in Brazil are made in the French company's factory in the Brazilian city of Manaus in the Amazon, a Bic spokesperson told AFP.

Bolsonaro has previously cited Bic pens, which are cheap and commonly used in Brazil, as a sign of austerity after the expenses of his predecessors.

Bic said it felt "flattered" to be recognised as a "democratic brand," but would not comment on the president's decision.

Bolsonaro has repeatedly clashed with his French counterpart Emmanuel Macron in recent days.

On the eve of the G7 summit last week, Macron declared the forest fires, which are also affecting Bolivia, an "international crisis" and put them on the agenda of the gathering of the rich democracies.

Macron also accused Bolsonaro of lying to him about Brazil's climate change stance.

Bolsonaro in turn said Macron had a "colonialist mentality" and now refuses to speak to him unless the French president retracts remarks relating to Brazil's sovereignty over the Amazon.