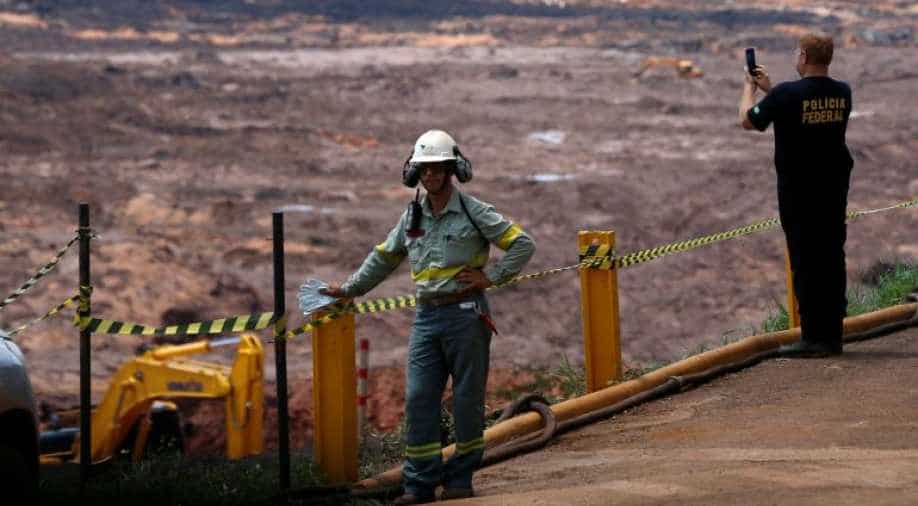 Those apprehended include two executives, two managers and four members of teams that checked the stability of the collapsed dam.

Brazilian authorities arrested eight employees of mining giant Vale on Friday over a dam collapse at one of its mines three weeks ago that killed at least 166 people and left 147 missing, presumed dead.

Those apprehended -- two executives, two managers and four members of teams that checked the stability of the collapsed dam -- were being held to determine responsibility in relation to "hundreds of crimes of aggravated homicide," the prosecutor's office in the affected southeast state of Minas Gerais said in a statement.

It said they would be held in custody for 30 days. Police with warrants were also carrying out searches for evidence, including in Vale's headquarters in Rio de Janeiro.

Information leading to the arrests and warrants came from statements to police by two engineers from a German firm, TUEV SUED, contracted by Vale to inspect and certify the dam.

The engineers were arrested four days after the dam's collapse along with three Vale employees for questioning and were released a week later.

Four other TUEV SUED employees in Brazil were being sought by police.

The January 25 dam collapse is Brazil's worst industrial disaster. The reservoir, holding millions of tons of tailings -- mineral-laced mining waste -- broke apart and washed over the Vale iron ore mine near the town of Brumadinho.

Most of those buried under its thick mud were mine workers, though some nearby residents were also engulfed.

Emergency crews continue to pick through the mud to look for bodies, but officials have said it was likely not all remains would be recovered.

Vale, the world's biggest iron ore miner and one of Brazil's biggest companies, lost a quarter of its market value after the disaster.

It insists that it observed all safety regulations regarding the dam. It dismisses reports that potential problems were detected before the disaster, saying they were addressed.

Its CEO, Fabio Schvartsman, said Thursday that Vale should not be punished over the disaster at its mine.

The company, he said, "is a Brazilian crown jewel that cannot be condemned for an accident that occurred in its dam, no matter how big the tragedy," he told a Congressional committee.

The disaster was the second involving Vale in three years in the same region of Brazil, after a 2015 collapse of another tailings dam at a jointly owned mine that caused what is considered the country's worst-ever environmental catastrophe.