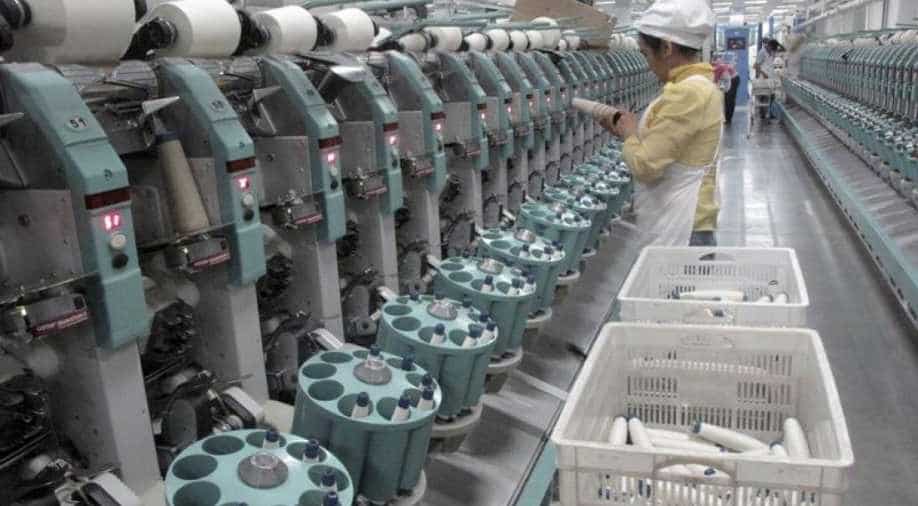 More than 180 organisations urged brands from Adidas to Amazon to end sourcing of cotton and clothing from the region and cut ties with any suppliers in China that benefit from the forced labour of the ethnic Uighurs and other Muslim groups.

Major retailers must stop sourcing from China’s Xinjiang region due to the “grave risk of forced labour”, a coalition of civil society groups said on Thursday, amid mounting global pressure on Beijing over its treatment of the Uighur Muslim minority.

More than 180 organisations urged brands from Adidas to Amazon to end sourcing of cotton and clothing from the region and cut ties with any suppliers in China that benefit from the forced labour of the ethnic Uighurs and other Muslim groups.

United Nations experts estimate that at least a million Uighurs and other Muslims are held in detention centres in Xinjiang. China has denied mistreatment and said the camps offer vocational training and help to fight terrorism and extremism.

The United States this month hit senior Chinese officials with sanctions over alleged rights abuses against the Uighurs, and Britain and France have recently condemned their treatment.

A spokesperson for the Chinese embassy in London said late on Thursday that “the Chinese side has repeatedly responded to and rebuked false reports and accusations surrounding Xinjiang”.

“The so-called “forced labor” is just a concoction by some U.S. and Western institutions and personnel,” the spokesperson said in an lengthy emailed statement.

“Nothing could be further from the truth.”

While most fashion brands do not source from factories in Xinjiang, many of their supply chains are likely to be tainted by cotton picked by Uighurs that is exported across China and used by other suppliers, the rights groups said in a letter.

More than 80% of China’s cotton comes from northwestern Xinjiang, which is home to about 11 million Uighurs.

“Brands and retailers recognise there is a massive problem in the region, and that their supply chains are exposed to a grave risk of forced labour,” said Scott Nova, head of the U.S.-based Worker Rights Consortium (WRC), which signed the letter.

“We are cautiously optimistic that there will be commitments (from brands to pull out of Xinjiang) in the future,” he added.

The Thomson Reuters Foundation sent emailed questions to more than 30 leading global retailers about their supply chains in China and the origins of the cotton they sourced.

Almost all of the brands did not respond directly to the questions, but most said they had anti-forced labour policies and required their suppliers to comply with a code of conduct.

All the companies that responded - including Gap, Patagonia and Zara-owner Inditex - said they did not source from factories in Xinjiang, but the majority could not confirm that their supply chain was free of cotton picked from the region.

Japanese retailer Muji said it used cotton from Xinjiang but that independent auditors had found “no evidence of accusations of forced labour ... at their mills”.

U.S.-based PVH - owner of brands from Calvin Klein to Tommy Hilfiger - said it would cut ties with any factories or mills that produce fabric or use cotton from Xinjiang within a year.

“The only way brands can ensure they are not profiting from exploitation is by exiting the region and ending relationships with suppliers propping up this Chinese government system,” said Jasmine O’Connor, chief executive of Anti-Slavery International.

Better Cotton Initiative (BCI), a global non-profit aiming to improve conditions in the garment sector, said in March it would no longer license so-called Better Cotton from Xinjiang.

Companies such as IKEA and H&M, who use BCI to source cotton, have previously said they backed the decision to suspend licensing in the region and would no longer source from there.

Amid the growing international pressure on China, the U.S. government this month in a rare move said it blocked an $800,000 shipment of hair extensions from a Xinjiang-based business on suspicions that the goods were made with forced labour.

A New York Times investigation last week found some Chinese companies making face masks to protect against the coronavirus for both domestic and export markets had used Uighur labour.