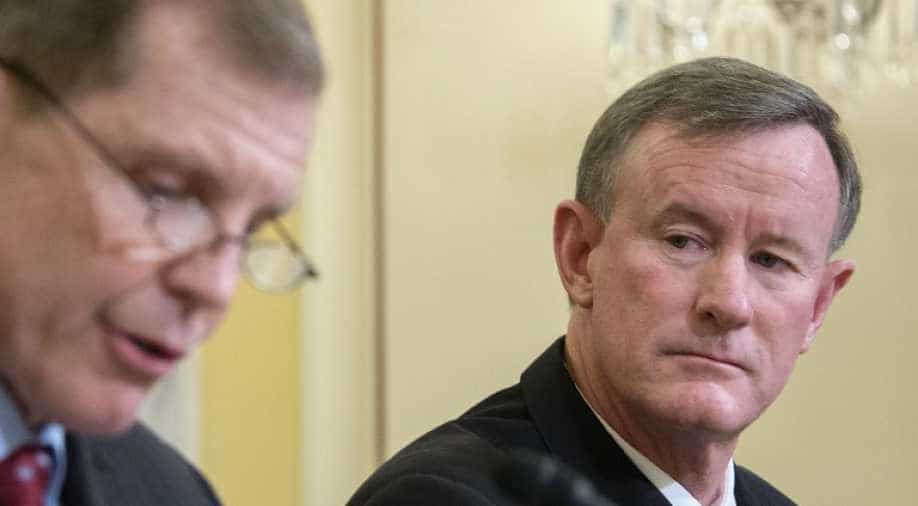 William McRaven, commander of the US Navy SEAL raid that killed&nbspOsama bin Laden, condemned President Donald Trump on Thursday for revoking the security clearance of former CIA chief John Brennan and asked that his be withdrawn as well.

The decorated retired Navy admiral, in an open letter published in The Washington Post, defended Brennan as "one of the finest public servants I have ever known" and accused Trump of using "McCarthy-era tactics."

"Few Americans have done more to protect this country than John," McRaven said. "He is a man of unparalleled integrity, whose honesty and character have never been in question, except by those who don't know him."

"Therefore, I would consider it an honor if you would revoke my security clearance as well, so I can add my name to the list of men and women who have spoken up against your presidency," he said.

McRaven was the head of US Joint Special Operations Command from 2011 to 2014 and supervised the SEAL raid that killed&nbspbin&nbspLaden&nbspin Pakistan in 2011.

"Like most Americans, I had hoped that when you became president, you would rise to the occasion and become the leader this great nation needs," McRaven said.

"A good leader tries to embody the best qualities of his or her organization," he said. "A good leader sets the example for others to follow.

"A good leader always puts the welfare of others before himself or herself."

"Your leadership, however, has shown little of these qualities," McRaven said. "Through your actions, you have embarrassed us in the eyes of our children, humiliated us on the world stage and, worst of all, divided us as a nation.

"If you think for a moment that your McCarthy-era tactics will suppress the voices of criticism, you are sadly mistaken," McRaven said. "The criticism will continue until you become the leader we prayed you would be."

Trump revoked the security clearance of Brennan on Wednesday and warned several other prominent critics that they too risk being blacklisted.

Following the president's summit last month with Russia's Vladimir Putin, Brennan -- who headed the CIA under Obama -- described Trump's behavior as "nothing short of treasonous."

Trump for his part accused the ex-spy chief of tossing around "unfounded and outrageous allegations -- wild outbursts on the internet and television -- about this administration" and engaging in "increasingly frenzied commentary."