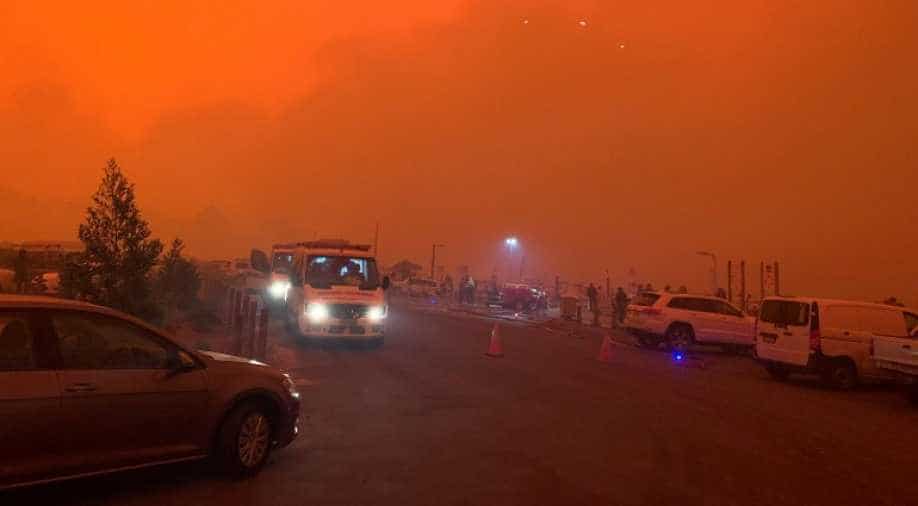 Fires were raging across the country and the defence force said it could take days for the military to reach people in some remote areas.

A major operation to reach thousands of people stranded in fire-ravaged seaside towns was under way in Australia on Wednesday after deadly bushfires ripped through popular tourist spots and rural areas leaving at least eight people dead.

Navy ships and military aircraft were deployed alongside emergency crews to provide humanitarian relief and assess the damage from the deadliest spate of blazes yet in a months-long bushfire crisis.

There were mounting fears for several others missing after the country's southeast was devastated by out-of-control blazes, which destroyed more than 200 homes and left some small towns in ruins.

Information was trickling out of coastal communities where thousands of holidaymakers and locals were thought to have seen in the New Year taking refuge from flames at surf clubs, as power outages and damage to telecommunications towers brought down phone lines and the internet. 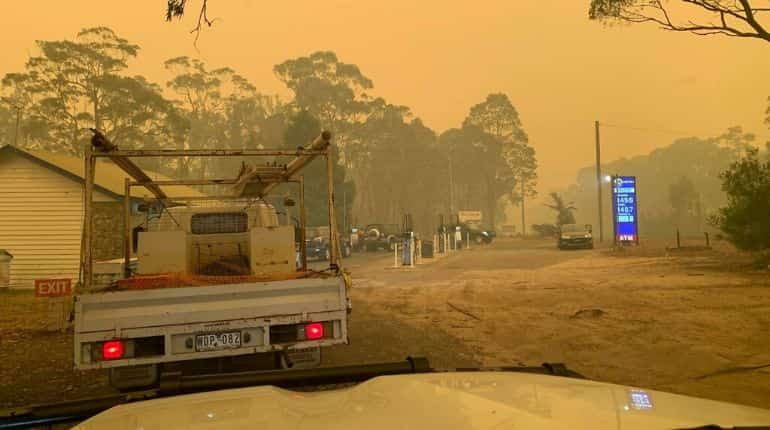 "We haven't been able to get access via roads or via aircraft. It's been... too dangerous and we simply can't access, nor can the people in these areas get out," he said.

Fires were raging across the country and the defence force said it could take days for the military to reach people in some remote areas.

There was relief in the town of Mallacoota -- where towering columns of smoke turned the sky pitch black and nearby fires caused waves of "ember attacks" -- after a change in the wind spared around 4,000 people who had huddled on the foreshore.

Survivors cheered firefighters who battled to protect them by creating a protective ring of fire trucks.

"I understand there was a standing ovation at the end of that for the firefighters," Victoria Emergency Management commissioner Andrew Crisp told public broadcaster ABC.

Authorities were preparing for the possibility that Mallacoota could be cut off for weeks: aircraft have begun dropping supplies into the town while a barge with two weeks' worth of supplies was due to arrive later Wednesday.

Paramedics were reportedly assessing the injured and moving those requiring further treatment to a 25-bed floating medical centre off the coast.

Many people have returned to find their homes burned to the ground, with the task of rebuilding shattered communities expected to take years.

Gary Hinton escaped flames roaring through Cobargo early Tuesday and returned to the stricken town to find his father's house largely intact, but many other buildings reduced to cinders.

"It wasn't good. It's turned out pretty devastating for everyone," he told AFP.

Cooler temperatures and easing winds provided a window of opportunity for relief efforts Wednesday, but there were concerns over new fires sparked by lightning in alpine regions.

"There's a lot of people holidaying, again, up in those areas," Crisp said. "We'll be prioritising those (fires) and hitting them as hard as we can. We don't need any new fires."

Firefighters were racing to take advantage of the milder weather in the country's southeast to contain dozens of blazes, as authorities warned the fire danger would spike on Saturday as temperatures soar again.

"At the very least, weather conditions will be at least as bad as what they were yesterday," NSW Premier Gladys Berejiklian said.

This season's blazes have killed at least 17 people, destroyed more than 1,000 homes and scorched about 5.5 million hectares (13.5 million acres) -- an area bigger than Denmark or the Netherlands.

For weeks, major Australian cities have been choked by toxic bushfire smoke, and on Wednesday air quality reached hazardous levels in Canberra as visibility in the capital plummeted.

Satellite images showed smoke from the latest fires had blown across the Tasman Sea to reach New Zealand. 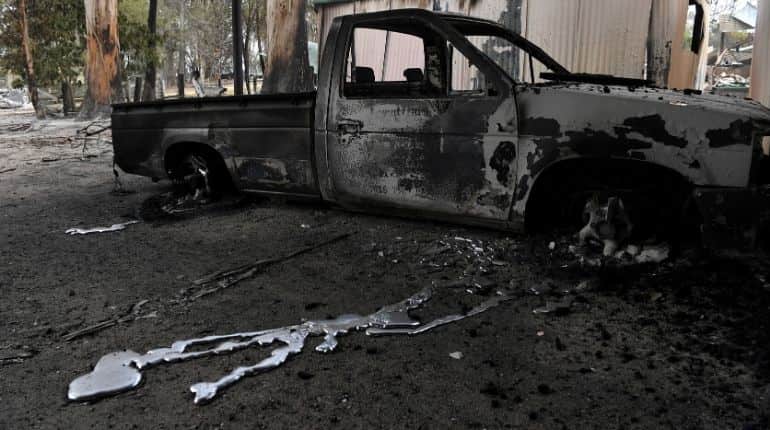 The unprecedented crisis has sparked street protests calling on the government to immediately act on climate change, which scientists say is creating a longer and more intense bushfire season.

Conservative Prime Minister Scott Morrison has come under increasing pressure for his response, which has included holidaying in Hawaii as the disaster unfolded and reiterating his steadfast support for Australia's lucrative -- but heavily polluting -- coal mining industry.