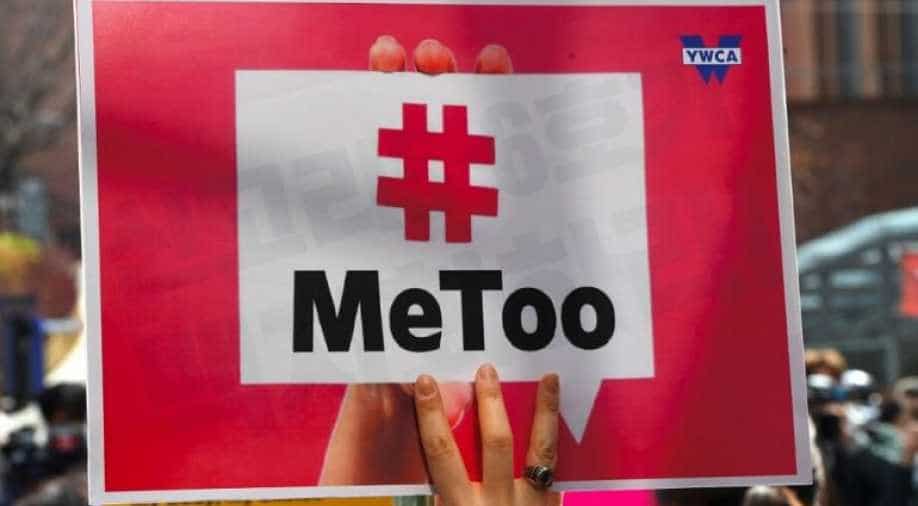 Several other women from the field of sports and beyond have now also spoken out about alleged harassment, and the Greek Supreme Court has urged prosecutors to make responding to such claims a priority.

An Olympic sailing champion has accused a top sporting official in Greece of sexual abuse, the country’s first high-profile accusation of sexual assault and abuse of power since the #MeToo movement swept the world in recent years, bringing down powerful figures in the media, politics and sports.

Claims by Sofia Bekatorou, a Greek Olympic sailing champion, that she was sexually assaulted by the official 23 years ago, when she was 21, have prompted a wave of support and an unusually open debate in a country where studies suggest sexual harassment is prevalent.

And it has catapulted one of Greece’s most popular international athletes back into the public eye, this time as a champion for women’s rights.

Several other women from the field of sports and beyond have now also spoken out about alleged harassment, and the Greek Supreme Court has urged prosecutors to make responding to such claims a priority.

“It’s an extremely important moment,” said Vasiliki Petousi, a sociologist who is head of gender research at the University of Crete. “A popular, accomplished woman telling a story that can happen to any girl at any time — it’s hugely symbolic and can drive change,” she said, adding that the broader political and social climate was finally right for such a breakthrough.

Bekatorou, who won gold at the 2004 Athens Olympics and bronze four years later in Beijing, said a senior official of the country’s sailing federation sexually assaulted her in a hotel room in 1998.

“I told him no, I repeated that I didn’t want to proceed and he, with fake sweet talk, said it was nothing, making light of it,” she told an online seminar organized by the Greek Ministry of Culture and Sports on Jan. 14. After the incident, Bekatorou said, she felt “dirty, exhausted, humiliated and unable to defend my rights.”

Bekatorou, who is now 43, on Wednesday sent a letter to World Sailing, the global governing body, signed by several Olympic sailing athletes and coaches, calling out a “wretched situation” in the Greek federation and asking for global officials to appoint temporary management to schedule elections for a new board.

In the letter, she also named her alleged abuser for the first time as Aristeidis Adamopoulos, a senior federation official.

Adamopoulos had already resigned from his position at the federation and stepped down from the Greek Olympic Committee this past week, saying it was to shield it from bad publicity after his name was circulated in the news media as the alleged perpetrator. The accusations were “false, defamatory and deceitful,” he said in a letter to the committee released last Saturday.

Bekatorou said fears of jeopardizing her Olympic dream had prevented her from speaking out about her abuse at the time. Now, as a mother of two and concerned about young athletes facing similar challenges, she said, she felt compelled to come forward, even though the alleged offense has expired under Greece’s statute of limitations.

“I hope other women and people will come out and talk so our society becomes healthier and we are not afraid,” she said after testifying before a prosecutor Wednesday.

Bekatorou first spoke publicly about her abuse in an interview for the Greek edition of the magazine Marie Claire in December, though it made relatively little impact at the time.

But Bekatorou’s account at the online forum last week prompted an outpouring of solidarity on social media under the hashtags #WithSofia and #MeToo, and her cause was embraced by several Greek politicians.

“Sofia bravely broke the chain of fear and silence,” Prime Minister Kyriakos Mitsotakis wrote on Twitter last Saturday. “Let’s all take that first step taken by Sofia: We talk, we condemn, we reveal.”

President Katerina Sakellaropoulou, the first woman to hold that position in Greece, said Bekatorou had “dissolved a conspiracy of silence.”

Many victims do not speak out, Sakellaropoulou said Monday after meeting Bekatorou, “because they know that in the best-case scenario they will face pity or mistrust and in the worst case contempt, derision, even social stigma.”

While incidents are rarely reported, studies suggest that sexual harassment in Greek workplaces is common. A poll of 1,001 women last July by the charity ActionAid found that 9 in 10 had suffered unwanted advances at their workplace, with 1 in 10 saying that they had been victims of sexual assault. Accounts of such abuses have long swirled in Greek sports, politics and the media but are only now being documented.

Greece has made some strides in legislation for women’s rights over the years. In 2010, it adopted a law against gender-based discrimination in employment that makes sexual harassment a felony carrying a maximum three-year prison term. However, the country lags its European Union counterparts in promoting gender equality, and the harassment of women in male-dominated sectors is often brushed under the carpet.

“For decades, sexual harassment was seen as taboo, society refused to acknowledge a social reality,” Maria Syrengela, Greek deputy labor minister in charge of gender equality, said in an emailed response to questions. “But in recent years, society has matured, it has taken steps forward.”

Among them are Mania Bikof, a retired water polo player who said she had been forced to strip to the waist so a doctor could examine a shoulder injury, and former swimming champion Rabea Iatridou, who said she had been groped by a medic. Male athletes have spoken out too, including Nikos Kaklamanakis, another sailing champion, who said that sailing federation officials threatened young athletes to stay quiet about alleged abuses.

An Olympic athlete in Cyprus has also spoken out about abuse by one of that country’s sports officials. The athlete, Andri Eleftheriou, a member of the national shooting team, said she was sexually assaulted by the official at the Commonwealth Games in 2006, where she won a gold medal, and then again at the Olympic Games in Beijing in 2008. Eleftheriou said in a Facebook Messenger message that she reported the alleged abuse to the police in Cyprus on Wednesday after meeting with Justice Minister Emily Yiolitis.

In Greece, there have also been claims from the world of politics, where women remain underrepresented, holding only 1 in 5 seats in Parliament and two of 20 ministerial posts in the conservative government.

Zefi Dimadama, of the opposition party Movement for Change, said Thursday that she had considered leaving politics after a party official harassed her in an elevator 20 years ago.

Aristotle University of Thessaloniki, in northern Greece, was also investigating claims of sexual harassment by professors, after more than 100 complaints were lodged against a single academic over the past 30 years, according to Apostolina Tsaltampasi, a former student who is now the head of the Greek Association of Women Entrepreneurs.

Some women say they feel that the outraged response to Bekatorou’s allegations indicates that the tide is turning in Greece.

“Women were scared to seek help and felt ashamed because society would point the finger at them,” said Syrengela, the deputy minister. “Now, finally, it is embracing women and encouraging them to speak out.”