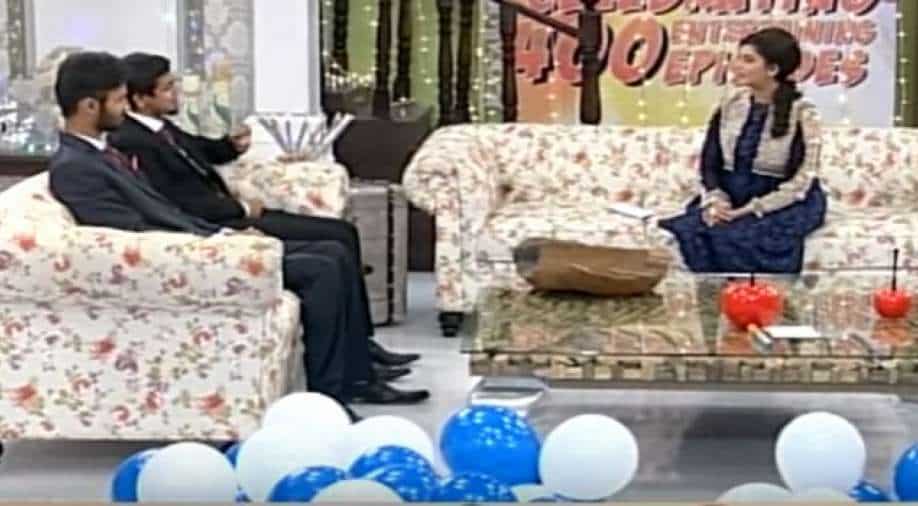 In an episode of 'Good Morning Pakistan,' anchor Nida Yasir is seen speaking with students from the National University of Sciences and Technology, Abdul Aleem and Mohammad Shariq Waqar. They had created an electric Formula 1 racing car for a competition in the United States.

After an old video of a Pakistani TV anchor asking strange questions about Formula 1 vehicles reappeared on social media, it amused netizens.

After making an electric Formula 1 racing car for a US-based competition, television personality Nida Yasir welcomed students Abdul Aleem and Mohammad Shariq Waqar from the National University of Sciences and Technology to her show "Good Morning Pakistan" in 2016.

Yasir, on the other hand, appeared to have misinterpreted the meaning of the term "Formula 1," as she proceeded to ask her visitors a series of odd questions.

She can be heard asking, "How many people can be sitting in the car?" in the viral footage.

The viral video has sparked a barrage of responses on social media, with many people ridiculing the TV programme host.

While some people thought Yasir should have prepared for the interview, others found the questions amusing.

Nida Yasir … please … do some homework before you start your shows … please.
Please 😭😭😭#nidayasir https://t.co/sq6DTgHHf6

Huge Respect for both of them who patiently explained about the race car to her #nidayasir pic.twitter.com/2b4ltz1DkL

You can watch the entire video here: