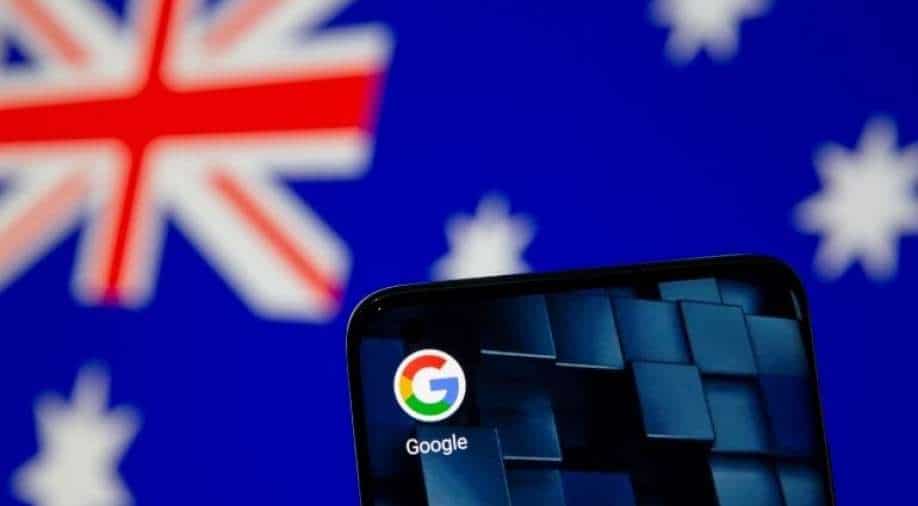 Smartphone with google app icon is seen in front of the displayed Australian flag in this illustration Photograph:( Reuters )

The top-rating free-to-air broadcaster and publisher of Perth city's main metro daily said on Monday it would supply content for the Alphabet Inc unit's News Showcase platform for five years and to a similar Facebook product for three. Terms of the deals were not disclosed.

The arrangements mean the US "Big Tech" platforms are now committed to paying two of Australia's three largest traditional news outlets for content, marking an about turn just two months after they had vowed to quit the country over laws forcing them to pay for the links that drive traffic to their websites.

"These partnerships have been made possible by the introduction of the Media Bargaining Code," said Seven CEO James Warburton in a statement, referring to the law which gives the government power to intervene if domestic media companies can't reach agreement with a large internet provider.

"They underpin our sustainability and enable us to continue to build our digital platform."

Rupert Murdoch's News Corp, which owns about two-thirds of Australian newspapers, signed global deals with the platforms in the past two months.

Nine Entertainment Co Holdings Ltd, which competes with Seven in free-to-air and publishes the Sydney Morning Herald and Australian Financial Review newspapers, has said it signed a Google deal but is yet to finalise arrangements with Facebook.

Many smaller Australian media outlets, including the state-owned Australian Broadcasting Corp, have signed deals with Google or said they are open to doing deals with Facebook, which blocked all third-party content in Australia for a week in February to protest the laws.

Separately, Google said it passed the milestone of having 100 Australian news titles contracted to supply content for News Showcase with a deal with regional publisher Times News Group, owner of seven regional mastheads in the country's south.