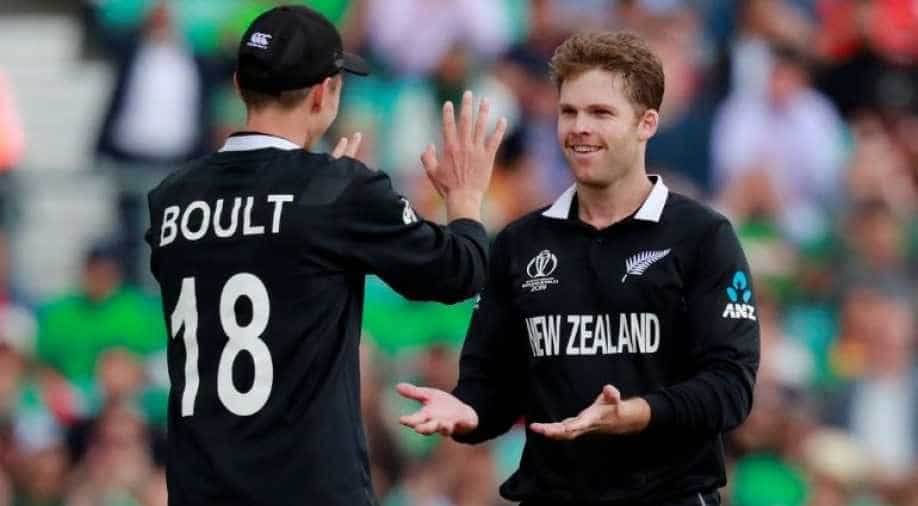 Ferguson's bullet arm has bagged him 11 wickets in four games at an average under 15, and with a miserly economy-rate to boot

New Zealand fast bowler Lockie Ferguson is looking to give the West Indies a taste of their own medicine and take his side to the brink of the Cricket World Cup semi-finals in their clash at Old Trafford on Saturday.

West Indies have a barrage of quick bowlers, but New Zealand's seam attack is regarded by many as the best at the tournament.

Ferguson's bullet arm has bagged him 11 wickets in four games at an average under 15, and with a miserly economy-rate to boot.

Against an in-form West Indies top-order that includes Chris Gayle, Shai Hope and Nicholas Pooran, Ferguson's extra pace on what is expected to be a good batting wicket in Manchester could be key.

"It's no secret that the West Indies have a powerful (batting) lineup all the way through," Ferguson told reporters.

"And as a bowling unit we need to learn, if they get on a roll, to shut down areas and build up pressure again and hopefully take wickets," Ferguson said.

The two World Cup matches at Old Trafford so far saw India set Pakistan a victory target of 337, and England post 397 against Afghanistan, suggesting a wicket that provides little reward for bowlers.

"I'm not a traditional big swinger of the ball. So pace is sort of where I generated a bit of hesitation and try to put the batters under a bit of pressure," he said.

"They've got some exciting hitters. But of course, we've got to scout the ground as well. It's a big ground and it's a good wicket which often loads of runs are scored," said Ferguson.

Ferguson knows that the West Indies have some deadly quicks of their own and whoever's pace attack comes out on top in Manchester could decide the contest.

"It's nice to see some quick, aggressive bowling," he said. "The West Indies have been taking that approach the whole World Cup. And they've had a lot of success bowling in that sort of aggressive fashion. It's exciting to watch," added Ferguson.